The lovely city of Bushehr is famous for its  its impressive and peaceful coast, and amazing traditional architecture which has made it a fascinating destination for many visitors. If you have decided to have a tour to Iran, you will witness a combination of architecture, fascinating coast, and tasty local food in Bushehr. Stick with us to know more about Bushehr tourist attractions and the things you can do in this city.

If you travel to Bushehr and had the opportunity to visit around the port of Bushehr, do not miss visiting the salt dome of Jashkak, particularly as a nature lover. This salt mountain is one of the most attractive sights of Bushehr. Salt domes are large layers of underground salts that have moved toward the surface of the earth and resemble amazing domes.
Jashkak Salt Dome is one of the most beautiful salt domes in the Middle East that is still active. This unique salt mountain is 12 km long and 4.5 km wide. What distinguishes this salt dome from other salt domes is the presence of caves, waterfalls, crystals, and the type of salt on this mountain. 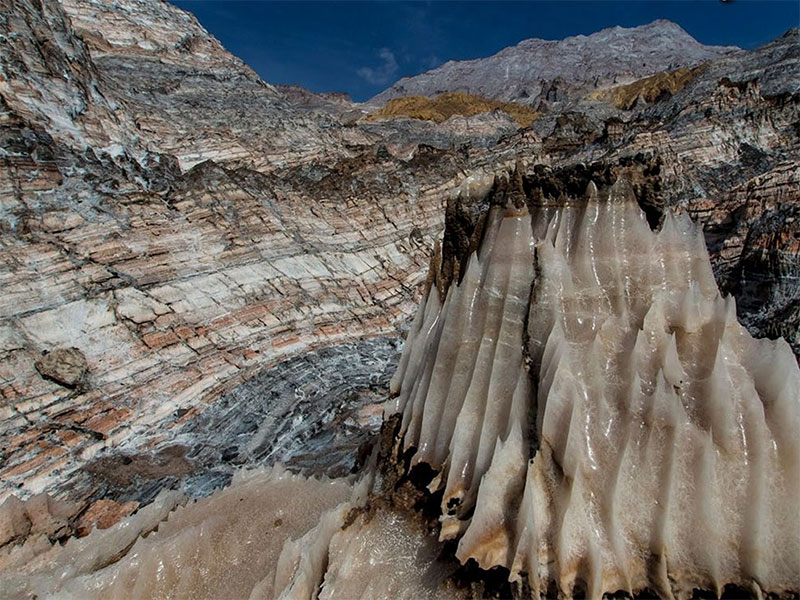 This salt mountain is one of the most attractive sights of Bushehr.

Malek mansion; The house of the richest man in Bushehr

Malek Mansion, which is located six kilometers from Bushehr, is one of the historical monuments of this city, which was built during the Qajar period and dates back to 100 years. The owner of this mansion was a famous and rich merchant of Bushehr named “Mohammad Mehdi Malek Al-Tojjar”.
Built by French architects in the style of old buildings in the Persian Gulf with local materials, this building is actually a complex with different sections such as formal meeting halls downstairs, banquets and private parties upstairs, The fort, the emperor and the various rooms and porches as well as the courtyards are nested. The mansion became a military base in the years following the British occupation. 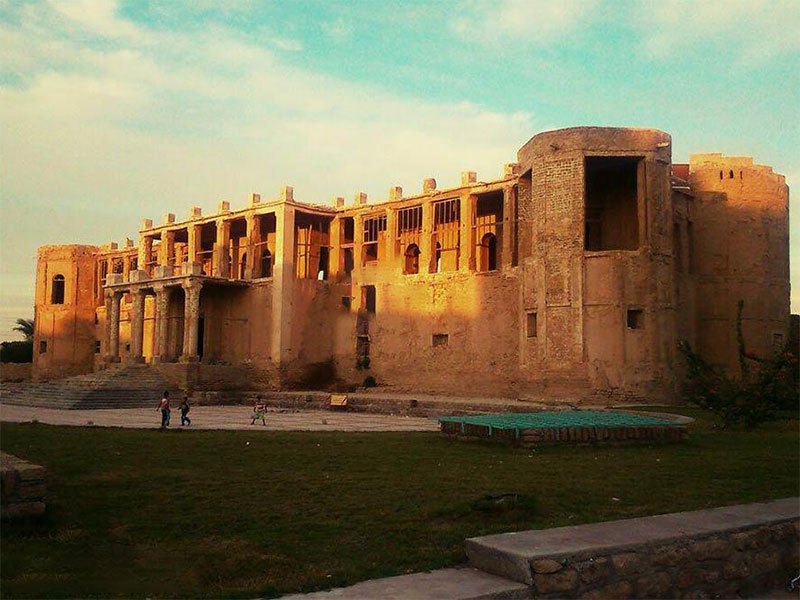 Dating back to 100 years ago, this beautiful mansion used to be the house of a rich person in Bushehr that attracts many visitors today.

Bushehr has many beautiful old houses with fascinating atmospheres and Dehdashti house is one of them. This house is a relic of the Qajar period, with a delightful courtyard, gorgeous exterior, and lovely interior design. In the exterior, coral stones and wood have been used and the walls inside the building are plastered and oil paintings can be seen in the rooms.
Dehdashti house or mansion is located in the old part of the city, where there are neighborhoods with old houses, and in its alleys, you will find beautiful cafes. 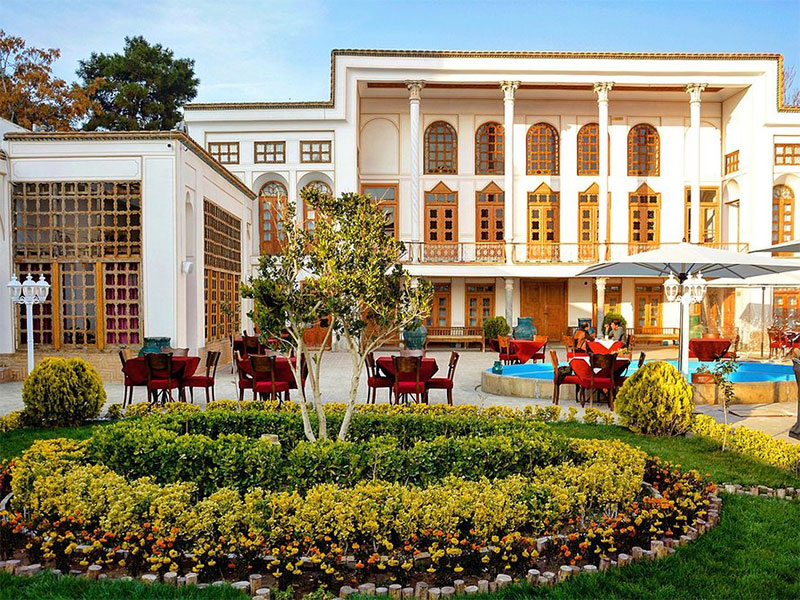 This house is a relic of the Qajar period, about 100 years ago, with a delightful courtyard, gorgeous exterior, and lovely interior design.

If you are interested in the history of ancient Iran, get a little away from the port during your trip to Bushehr and visit Goor Dokhtar. Dating back to around 600 BC, there are arguments about who the tomb belongs to.
Looking very much like Cyrus the Great Tomb, some attribute Goor Dokhtar to Mandana, Cyrus ‘mother, and some believe that Atossa, Cyrus’ daughter, was buried in this place. There are even legends about the burial of Cyrus I (not Cyrus the Great) in this tomb. The girl’s tomb is made of 24 pieces of stone and its appearance is similar to the tomb of Cyrus the Great. 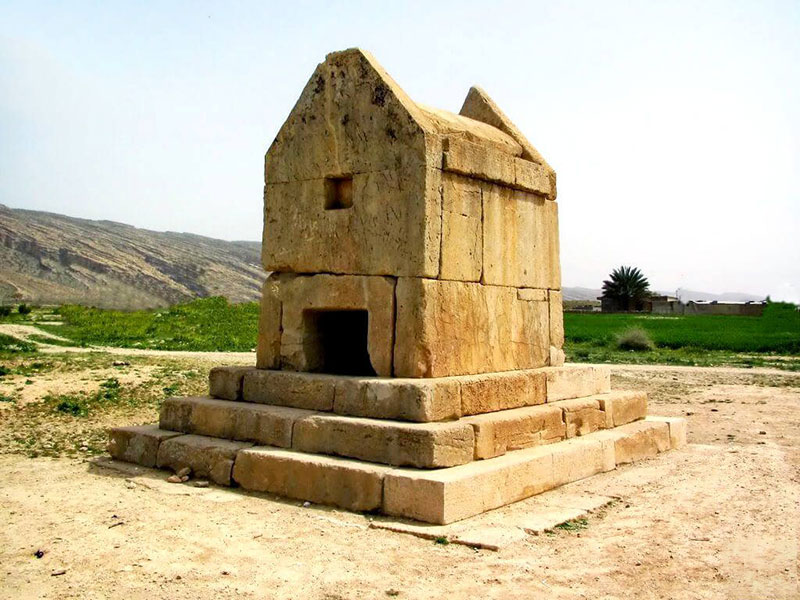 Looking very much like Cyrus the Great Tomb, there are many legends about this tomb.

Palm Groves is like a jewel on the ring of Bushehr province. Dashtestan city and Abpakhsh have the largest number of palms in this region. The lush and tall groves at the entrance to the city of Abpakhsh have created a very spectacular landscape in this area and travelers often do not pass without stopping. The presence of water-filled canals on both sides of the entrance to the city has given a special “freshness” to this area so that travelers during Nowruz (the beginning of the new year in Iran) can enjoy water and nature together. These groves offer a high variety of dates; in addition to dates, citrus fruits, lemons, pomegranates also grow in these areas. 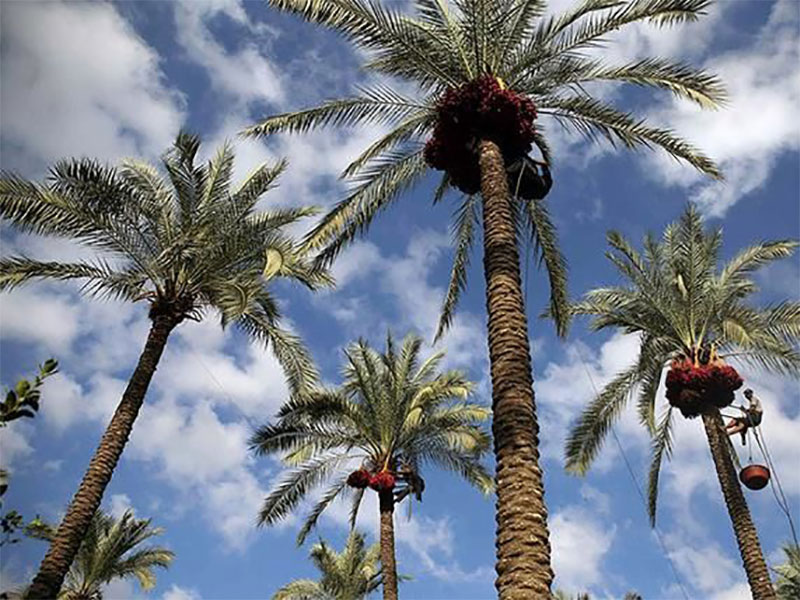 These groves offer a high variety of dates in Bushehr.

One of the most beautiful attractions of Bushehr is its unique beach. It lasts about 8 months of the year. This province has the longest coastline in the country and is famous for its amazingly beautiful coast in the country. It is said that years ago, a British politician described Bushehr as a city with a fascinating beach landscape when you look at it from a distance on a ship, it looks like it is half in the water and the shore is not recognizable. 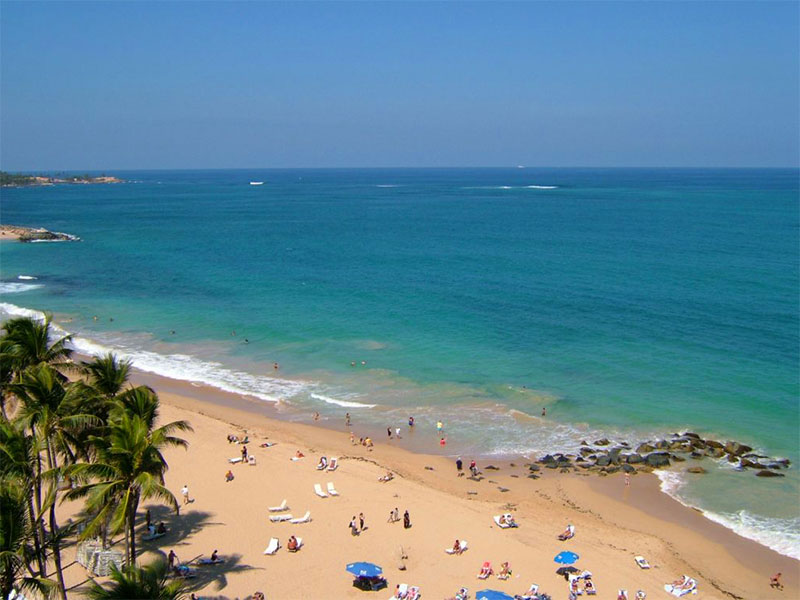 Bushehr has the longest coastline in the country and is famous for its amazingly beautiful and lovely coast.

Bushehr Old Bazaar is the main center of trade in the city just like other cities in Iran. The bazaar was established during the Qajar period with the beautiful and spectacular architecture of that time. The most amazing feature about is architecture is that it let the light enters the market, but when it snows and rains, water does not penetrate into the market. If you are planning to buy souvenirs for your loved ones, the old market is the best place to visit.