You are here: Home1 / Iran Travel Blog2 / Pasargadae Tomb of Cyrus the Great

Pasargadae tomb of Cyrus the great

In the vast Morghab plain in Fars province of Iran, a simple structure has been sitting for twenty-five centuries now, surviving against all odds. Historians believe the structure is the mausoleum of Cyrus II the Great and his wife in the glorious capital of Persian kingdom, Pasargadae.

Today Pasargadae is a world heritage site for being the center of power of the great and glorious Achaemenid dynasty, the first Persian kingdom, and their royal architecture. Cyrus the Great, the first king of the most multicultural empire in western Asia built Pasargadae with stunning “Four Gardens” that became the prototype for Persian Garden’s architecture and design, another UNESCO world heritage site.

The mausoleum has a very simple structure with the shape of Mesopotamian ziggurats. It is made of six steps and a cubic room with a triangular roof on top; the entire structure is made of stones and a Rosette inscription over of the doorway as the only design.

Two centuries after the death of Cyrus in a battle, when Alexander invaded Persepolis one of his warriors, Aristobulus, entered the mausoleum and found a golden bed, some ornaments with precious stones and a gold coffin with inscriptions saying:

Passer-by, I am Cyrus, who founded the Persian Empire and was king of Asia.

Grudge me not, therefore, this monument.

But some say that the body of Cyrus and his wife, the queen, were buried in the space between the room and the roof, which resulted in the very low ceiling of the space inside. The hallowed space was discovered by archeologists trying to remove a fig tree that grew on top of the mausoleum in 1959. The space was empty and the bodies and their belongings were robbed years ago.

What makes the tomb of Cyrus one of the most beloved monuments among Iranians is the brilliance and benelovence of his soul. His ethics established the grounds for having a universal Declaration of Human Rights because he found “his empire on generosity” instead of violence and dictatorship. Benjamin Franklin, Julius Caesar, Alexander, and much more great men in history have admired him and learned valuable lessons from him to put in use in the pursuit of their own aspiration.

A clay cylinder was discovered in the ruins of Babylon in Mesopotamia, modern Iraq, in 1879 by a British discovery team which on it were the cuneiforms stating the invasion of Babylon by Cyrus. It was an order from the great lord Marduk to save the Babylonian citizens from their unqualified ruler.

“I am Cyrus, king of the world, great king, mighty king, king of Babylon, king of the lands of Sumer and Akkad, king of the four quarters of the universe,… After entering Babylon in peace, amidst joy and jubilation I made the royal palace the center of my rule. The great lord Marduk, who loves Babylon, with great magnanimity, established (it) as (my) destiny, and I sought to worship him each day. My teeming army paraded about Babylon in peace, and I did not allow any trouble in all of Sumer and Akkad. I took great care to peacefully (protect) the city of Babylon and its cult places. (And) as for the citizens of Babylon … whom (Nabonidus) had made subservient in a manner (totally) unsuited to them against the will of the gods, I released them from their weariness and loosened their burden.”

Nothing has remained from all that glory, power, wealth, greatness, dreamy gardens, epic structures, and countless loyal soldiers, but one lonely stony structure in the middle of a wide field under the sapphire blue sky; the tomb of Cyrus the Great in his glorious capital.

This structure is very special for the world because it embraced the body of one of the greatest souls in human history, the powerful king who used his power to create a multi-culture nation expanding from Egypt to the borders of China with justice, integrity, fairness, and giving his nation the freedom to choose their religion without ‘owning’ people. He was “the most amiable of conquerors” in the world. 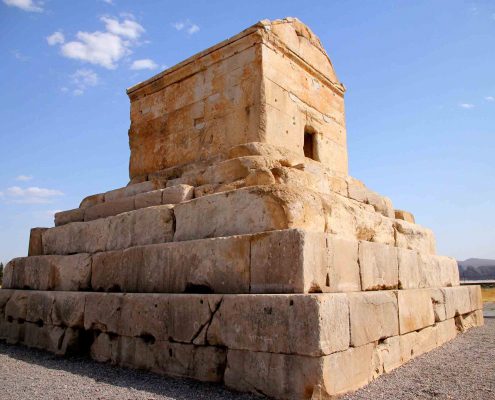 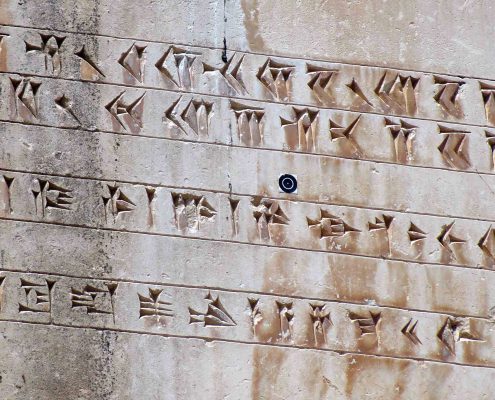 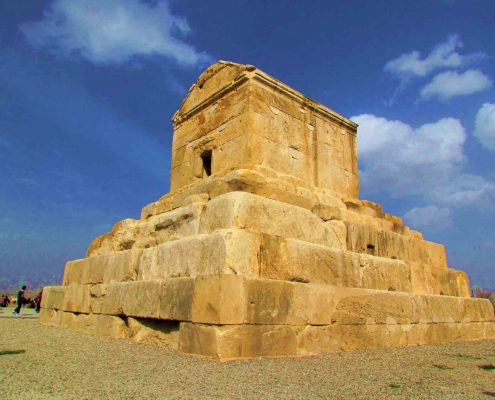