The Caspian Sea is home to a variety of fish and aquatic creatures, however, it is mostly known for caviar. More than 90% of the world’s caviar is obtained from the Caspian Sea. It is also considered a precious souvenir from Iran. To consult us about traveling o Iran, please do not hesitate to send an email to info@idt.ir. Stay with us here to know more about this valuable source of Protein and energetic food; Iranian Caviar.

Sturgeon fish is one of the rare aquatic species around the world. There are five excellent species of these fish live in the Caspian Sea including the Beluga sturgeon, the Starry sturgeon, the  Russian sturgeon, the Persian sturgeon, and the golden sturgeon. The value of sturgeon is not for its meat, but because of its eggs, which are known as caviar or “black pearl”. Golden, red, and black caviar are three types of caviar, among which black caviar is the most valuable, although the nutritional value of all is more or less the same. While black caviar is mostly known in Iran and southern Russia, red caviar is most popular in Siberia and East Asia.

How Iranian Caviar is harvested?

In the past, sturgeon were intoxicated with a rubber mallet to protect them from moving their tail. They then emptied the caviar and sold the meat. However, today, due to the dwindling number of these fish, the eggs are removed from the fish belly through the cesarean operation method, and some of the eggs are left in the fish belly for later spawning. The fish are then quarantined in special pools for three months, after which they are marked and returned to the sea. This process can be done up to six times for each fish. 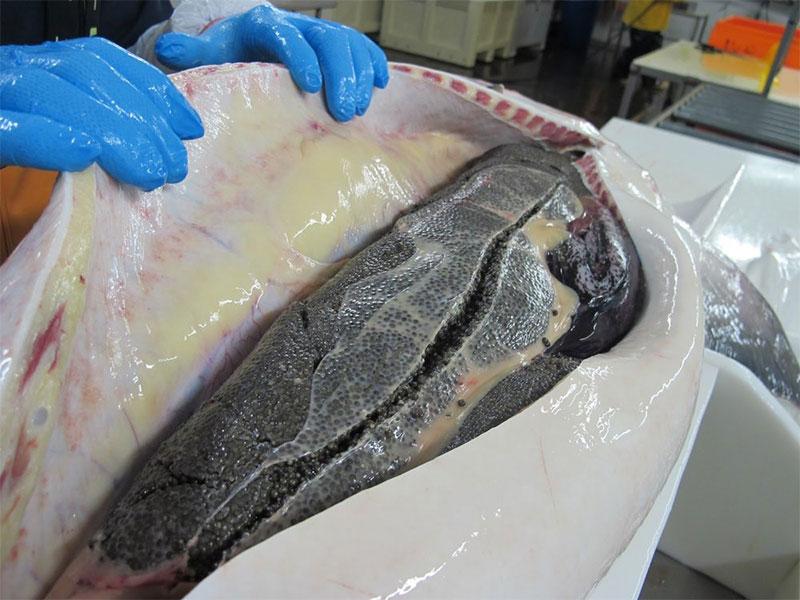 Caviar eggs are removed from the fish belly through the cesarean operation method.

How Iranian Caviar is served?

Iranian Caviar is considered as the most luxurious breakfast in the world. Many caviar fans eat it raw or with egg yolk or chopped onion. It can be served as a food seasoning, appetizer, beside or mixed with other foods. Many people prefer it cold without bread. While some people like the pungent smell and taste of Caviar, others may not consider the taste and smell of it as pleasant. And remember you are not allowed to add any kind of spice to it!
Since caviar is prone to being spoiled, salt was added to it right after fishing in the past. Today, with the development of food preservation methods, other methods such as freezing or some preservatives are used to keep caviar. Producing low-salt caviar is the result of these developments and many people tend to consume this type of caviar. 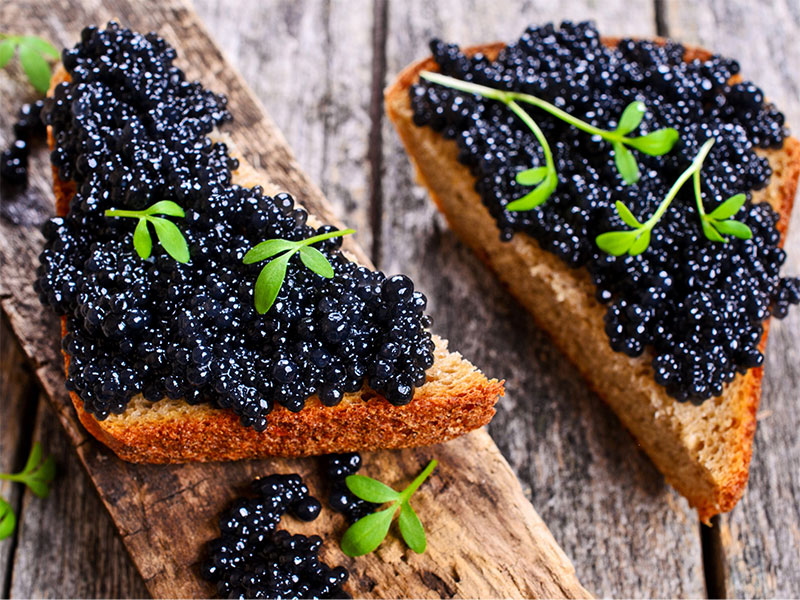 Iranian caviar is usually served raw or with egg yolk, or chopped onion.

What is the nutritional value of caviar?

This amazing food has proved to offer health advantages. It helps to prevent depression and cardiovascular disease due to its omega-3 fatty acids and it is so nutritious that it is even preferable to fish meat. It is also believed that Caviar consumption is very effective in nerve cell health. Each tablespoon also provides 11% of the iron and magnesium and 15% of selenium required by the body.

The main areas of caviar fishing in Iran

The main place of caviar fishing is in the south of the Caspian Sea, particularly Sefidrud. Researchers say that in the past, 500 tons of caviar were harvested from Sefidrud. Other important areas for caviar fishing in Iran include Astara, Kiashahr, and Qarasu, where sturgeon farms were established along the rivers. 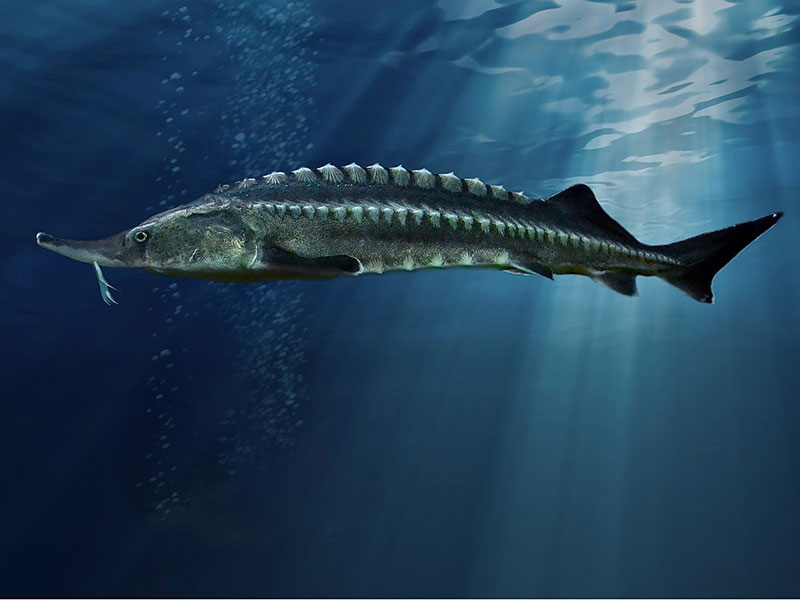 The main place of caviar fishing is in the south of the Caspian Sea, particularly Sefidrud.

The main reason for the migration of fish to the south of the Caspian Sea was a favorable situation for living and spawning. However, due to the severely cold winters, and the shallow depth in the northern part of the Caspian Sea, this area is not considered a perfect place for sturgeon to live. The construction of huge dams on streams and pollution from factories and ships are considered other significant factors that have caused the migration of sturgeon to the southern parts in Iran.

Yazd attractions: at a glance
Scroll to top