You are here: Home1 / Iran Travel Blog2 / Birds of Iran

Iran has been blessed by a huge variety in biodiversity. The country covers an area of 164.8 million hectares of Iranian plateau and sits on the intersection of three biogeography zones.

Besides being one of the most multi-cultural and multi-ethnicity countries in the world, Iran has different climate zones that has resulted in a rich ecosystem. Three climatic zones of Iran are Mediterranean, arid West Asian, and the temperate humid/semi-humid Caspian zone. The two main mountain ranges of Iran, Alborz sitting on north and Zagros on west have created a barrier that blocks most of the humidity and rainfall to reach the central part of the country and has formed two vast deserts on this location.

These Three biogeography zones make Iran rich in the quantity of bird species. 548 bird species include breeding, non-breeding, and migrant in eight habitat zones persuade us to say you can visit “three continents with one ticket”.

Iran is in Palearctic eco-zone. 1100 bird species are registered in this region of earth and half of this amount is visible in Iran. The remarkable birds in Iran are Red headed bunting and Caucasian grouse along with hundred Passerine which attract birders. 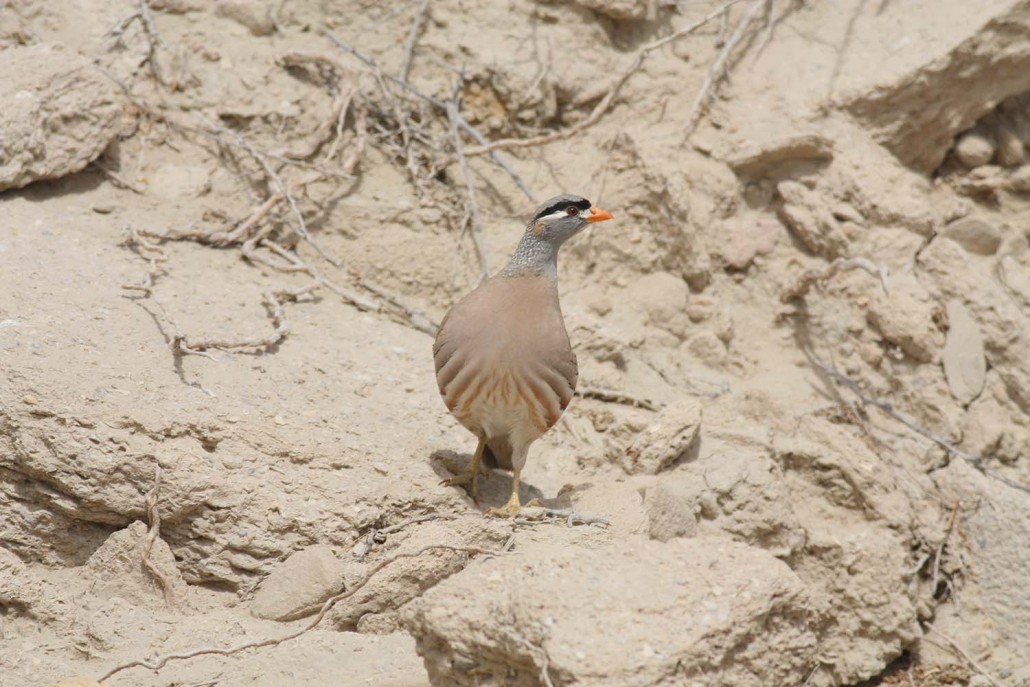 “Some of the birds present in Iran are among the most wanted on the wish list for the region for almost every birder!”

Except the Palearctic region, a short flight will lead to Afro-Tropical region in the southwest of Iran by similar birds of Africa such as African sacred ibis and Egyptian vulture that are rare in other areas.

Southeastern part of Iran is affected by the Indo-Malay (Oriental eco-zone). A region with similar climate of Indian subcontinent with magnificent species which certainly is important for bird watchers such as Sind pied woodpecker and Indian pond heron. Beside there are some shore and marine birds like Masked booby that their origin is Indian Ocean and Strait of Hormoz.

The two national parks of Iran, Turan and Golestan, are among the best spots in the country for bird watching and in Turan National Park you can see the Asiatic Cheetah as well.

The wetlands of Iran are also vital staging and wintering areas for millions of migratory waterfowl using the West Siberian-Caspian-East African and Central Siberian-Indus- South Asian flyways, and support large breeding populations of many species. Annually millions of waterfowls make the wetlands their habitats and some others use these areas on their way to and from wintering areas to the southwest or southeast. Also Iran’s wetlands are very important for seven species of birds listed as globally threatened in the 1994 IUCN List of Threatened Animals: Pygmy Cormorant, Dalmatian Pelican, Lesser White-fronted Goose, Marbled Teal, White-headed Duck, White-tailed Eagle, and Siberian Crane.

Along with the different kinds of habitats in Iran there are also 105 IBA (important bird area) with 8,598,207 hectare area which are very suitable for bird watching all over the year.