You are here: Home / Iran Travel Blog / The Asiatic Cheetah, the rare species of Iran Wildlife

It is critically endangered species in Iran demanding collaboration of the United Nations, the government, private organizations, and research institutions.

Undoubtedly, the best supporters are people. All attempts were once focused on the introduction of this rare species to the public. In 2014 FIFA World Cup Brazil, the Iranian soccer team appeared with shirts depicting Iranian Cheetah logo. As a result, the Iranian players were called high-speed cheetahs. It aimed for the national awareness of urgent need to protect this threatened animal. From that time, nearly all people have heard its name at least one time! Now, all attempts are directed to save this endangered cheetah.

“Shadows in Deserts”, a documentary produced by Fathollah Amiri about the Asiatic Cheetah, could be the best interpretation for this amazing member of the family Felidae in the vast Iran’s plains.

Wildlife observation is very difficult in Iran due to the vast area of the country, the small number and sparse population of wildlife species, fear from human, and lack of safe places to visit. It is even more difficult when it comes to the Asiatic Cheetah! According to the Iranian Cheetah Society (ICS), there are only less than 40 cheetahs in Iran at present. On the other hand, this small population is spread over an area of about one fourth of Iran in 7 provinces.

Wildlife researchers have discovered another way for tracking the cheetahs to collect data on the number and the behavior of them: the camera traps. They set up the cameras on locations they guess these animals pass by according to the signs to be found. The trap cameras have some sensors that take photos or videos of the animals as soon as they appear and the cameras sense movement in the area. 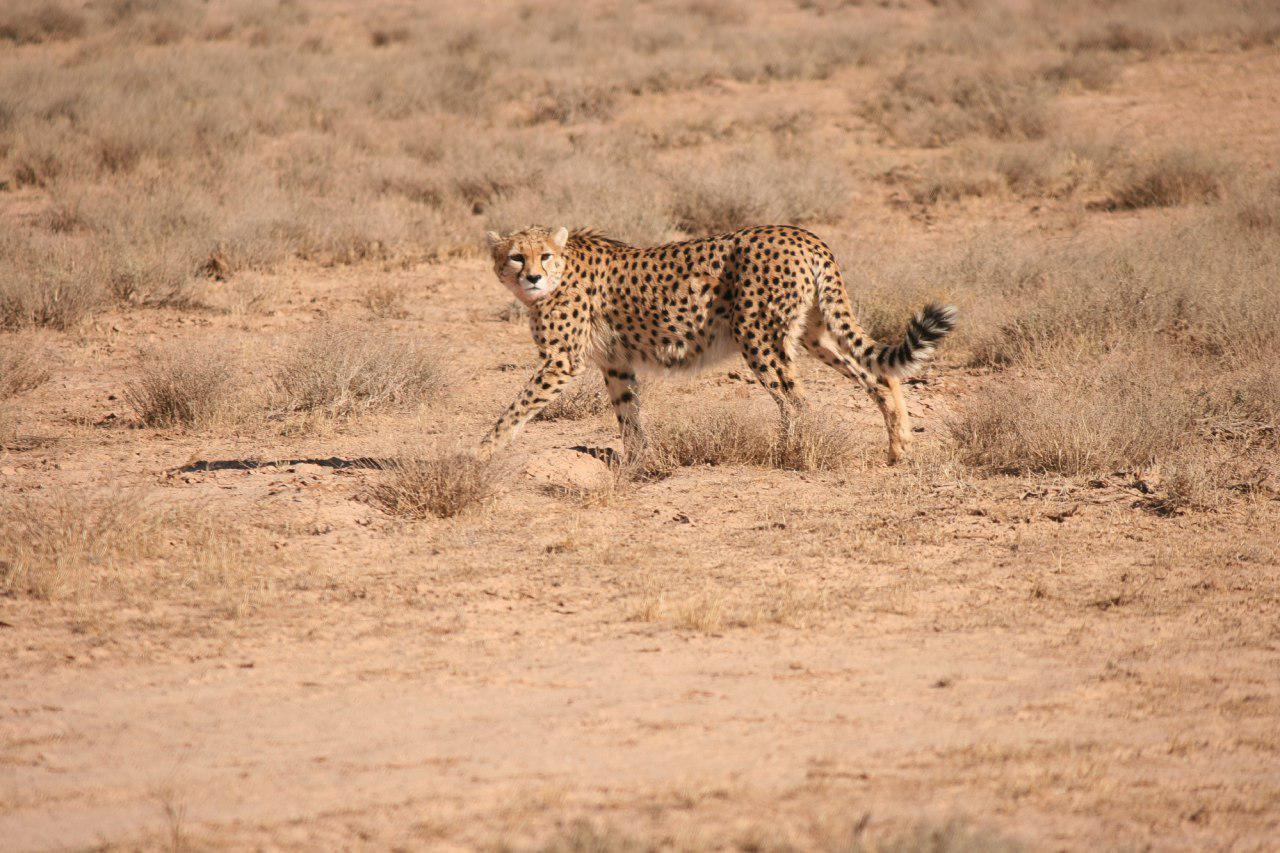 Cheetah identification based on its unique spot pattern

Each cheetah has its own unique spot pattern just like the fingerprints in human being. The experts investigate the photos taken by the trap cameras to identify the cheetahs based on these unique spots. Thanks to ICS attempts, some Iranian cheetahs have identification cards now. By these cards, researches can monitor cheetahs and theirs population demographics more effectively.

Tear streak, a natural protection against sun for the world’s fastest land animal

Cheetah, the member of the family Felidae, is the fastest runners on land. It has a long body with quite long legs. It is light tan in color with small round black spots all over its skin. It has a small head. There are two streaks named tear streaks or tear marks running from the inside corners of its eyes to the outside edges of its mouth. These streaks help the hunter cheetah reflect the glare of the sun while hunting.

The flexible spine, large lungs and heart, wide nostrils, and the long muscular body have made this big cat-like animal as the fastest land creature. It can attain the speed of 100 kph in only 3 seconds with quick high jumps. 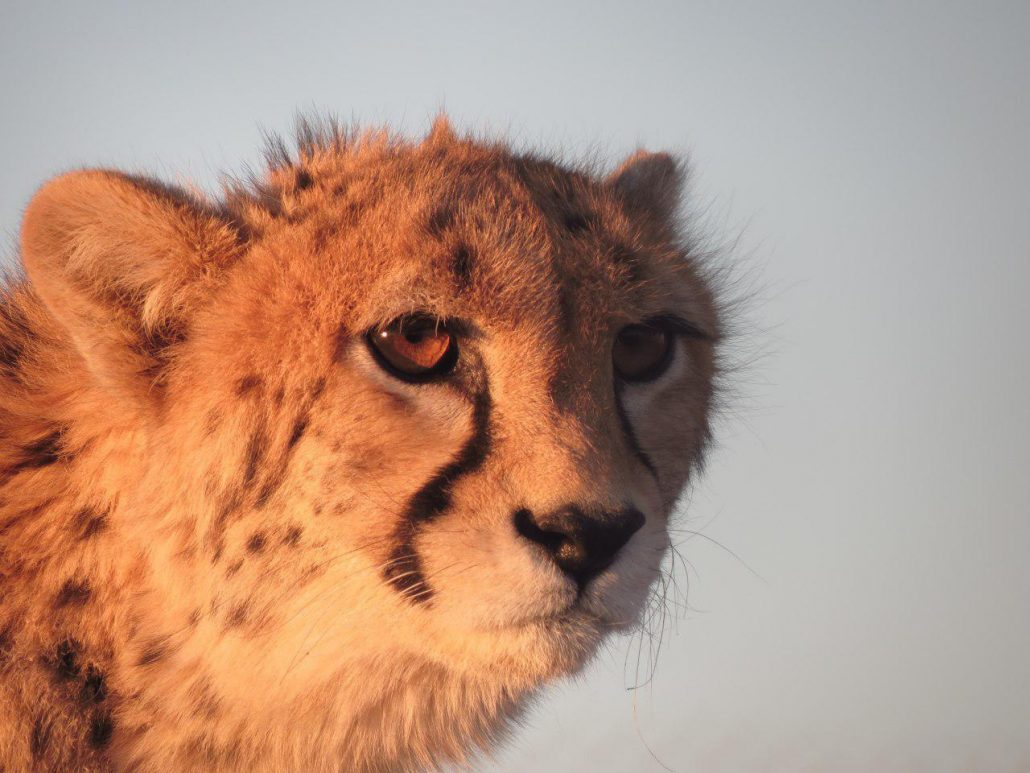 The Asiatic cheetah used to live in the vast open lands and steppes. Today, it can be found in Dasht-e Kavir in the eastern part of Iran. The national parks, the protected areas, and the wildlife sanctuaries in the provinces of Semnan, Khorasan, Yazd, Kerman, and Isfahan are the main habitats. To enter these areas, one must take a legal permission from Iran Department of Environment and be accompanied with a forester or an expert. Though there is a rare chance of watching a cheetah, but enough signs could still be found in its habitats.