You are here: Home / Cultural Tours

Iran is by origin the same word as Aryan, and throughout history has been intermittently applied to the people of Indo-European, that is , Aryan origin occupying the plateau. Historically, various tribes and people of similar-origins, such as  Persians, Medes , Hyrcanians and Sogdians among others-invaded the plateau from about 1000 B.C. onwards. These invading tribes settled themselves in the country, unified it and gave it its predominant character.

Present day Iran, though shrunken compared with the past, covers an enormous area of 1,648,000 square kilometers which is exceptionally accessible by land and relatively inaccessible by water. Moreover because of the Caspian Sea to the north and the Persian Gulf to the south it forms in effect a land bridge between Central Asia and India on the one hand and the Arab World, Turkey and Europe on the other.

Iran is one of the highest countries in the world. To the north and south – west lie the great mountain ranges of the Alborz and the Zagross, rising in place to 4200 to 4500  meters, and in the case of mount Damavand, east of Tehran, to 5671 meters. The outer edges of these ranges provide a  startling contrast to the spacious interior of the country.

Towards Caspian coast, the Alborz dip down into a region of sub-tropical forest and swamp, terraced tea plantain and rice paddy-A heavily populated, luxuriant world, nearly 30 meters below the sea level.

Over most of the country, the annual rainfall ranges between 50 to 2500 mm, and practically all of it falls between November and April, while for the rest of the year the skies are virtually cloudless and the sun beats down relentlessly.

Cattle – raising & Tribal structure of the society are both attributed to migratory way of life, yet these are not the only characteristics. The only factors distinguishing  them from sedentary communities are the seasonal migrations & lack of specific village settlement. unfortunately we don’t have sufficient information regarding the nomadic tribes in Iran before Islam. In the Islamic era, Iranian tribes consisted of Kurds, Lurs, Baluchis, Arabs, Turks & the barahuis. This style of living gained importance in Seljuk period (11th- 14th century).

The hierarchy of divisions in nomad tribes in Iran , for example among Qashqaies are as follows: Tribes are usually divided into a few clans. Clans in turn consist of a few sects which are further divided into “Bonkus” consisting of a few families called “obehs”. Bonkus can also be divided into smaller cattle – raining cooperatives called Baillehs. The tribes as a whole can function in harmony to stage wars, ensure security, divide posture lands, raise cattle & move.

Handicrafts, well – known in the world have an important role in the economy of the tribal family. Meat & dairy products constitute their main economic activities. Tribes often define their group & clans in terms of tents. “Tent” denotes the word “home”.

Marriage is based on a cast system. Iranian tribes are the followers of both suni and Shiite sects and “Ali – Allahis” also constitute a small minority. Depending on their ethnic background, Iranian tribes speak Persian, Kurdish, Turkish and Arabic.

Iran is among the top ten producers of the world’s horticultural products and ranks 3rd regarding diversity of produce.

Iran is a country with climatic diversification, and as a result almost all kinds of temperature, tropical and subtropical fruits are produced in this country in different seasons.

Currently, the total production of horticultural products roughly amounts to 10 million tons annually.The major Iranian horticultural exports being on the top   of the list of the world market  as far as  the total exports is concerned are respectively: Pistachio nuts, dates, saffron, raisins, apple, lemon, orange and grape  .

In addition to enjoying the nature, beautiful scenery and historical sits in Iran you could enjoy the seasonal fresh fruit such as watermelon, tangerine & orange, which come to your hands straight from the farms, dry fruits and nuts throughout all seasons and a variety of traditional Iranian cuisine in our high quality restaurants. You could taste the most mouth- watering fruits & food in our ancient country. 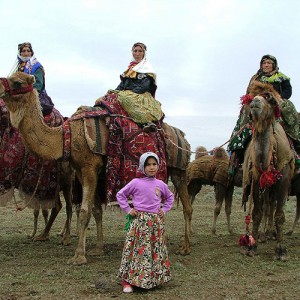 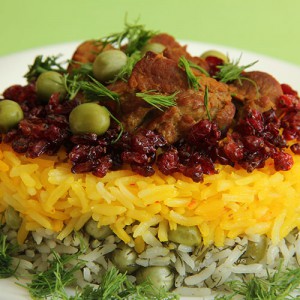 A Taste of Persian Cuisine

If you have not yet helped yourself to some kind of Persian dish, we advise you to ask someone who has. The Persian cuisine is so different, so exquisite that it is simply impossible to compare it to any other. If you happen to pass through one of the winding alleys of any Iranian city or village about noon-time, a combination of exotic scents emitting from the windows of the houses will water your mouth and overwhelm you with temptation.

The tradition of Persian cooking is rooted in centuries of refinement by artful housewives, and enjoys the sane vast diversity that characterizes the country’s climate and ethnicity.

To make your palate familiar with the unique taste of Persian food, we will give you recipes of some of the most popular dishes, which are also easier to cook. Come taste them.