Quarantine is often an unpleasant experience for those who are crazy about traveling and discovering the world. Fortunately, there is no limitation in the internet world. Well, don’t worry! You can now take tours of Shiraz “virtually”, right here on the Irandoostan website. We would welcome any inquiry you may have about traveling to Iran, please do not hesitate to contact us at info@idt.ir.

By clicking on the Quran Gate, and passing under the entrance of Shiraz, you will be protected from calamities! Yes, that actually is an Iranian old belief that passing under the Quran keeps you away from disasters. That’s why Shirazian placed two exquisite Quran in the small room above the large entrance arch of their city to protect themselves and every newcomer. Follow the arrows to rich in this magical room. 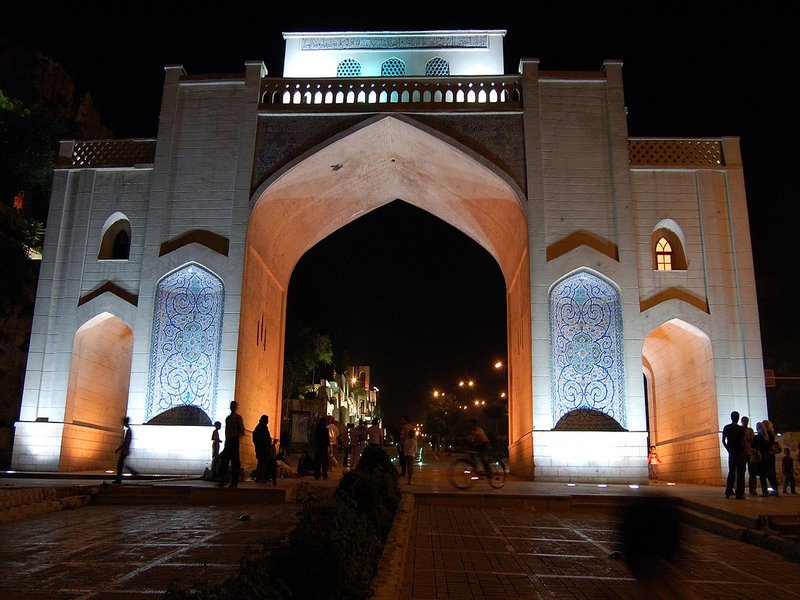 Take your VR goggles, we are going to walk in the center of the great Persian Empire in the Achaemenid era: The Perspolis. The tour begins at the gate of all nations or Xerxes gate which is decorated with two sphinges having the head of the human and the body of a cow. The name of this palace is derived from the law of entry into Persepolis, so that the representatives of all the tribes under the reign of Iran first entered there and then went to the palaces. The next arrow will lead to Apadana, the hall of celebration, or the levee, built by Darius and completed by his son Xerxes the great (Khashayar Shah). In the southwestern part of the Apadana Palace in Persepolis, there is a building known as the Tachara Palace or the private palace of Darius. The polished gray stones gave the palace a mirrored look. That’s why some called this building the Palace of Mirrors. 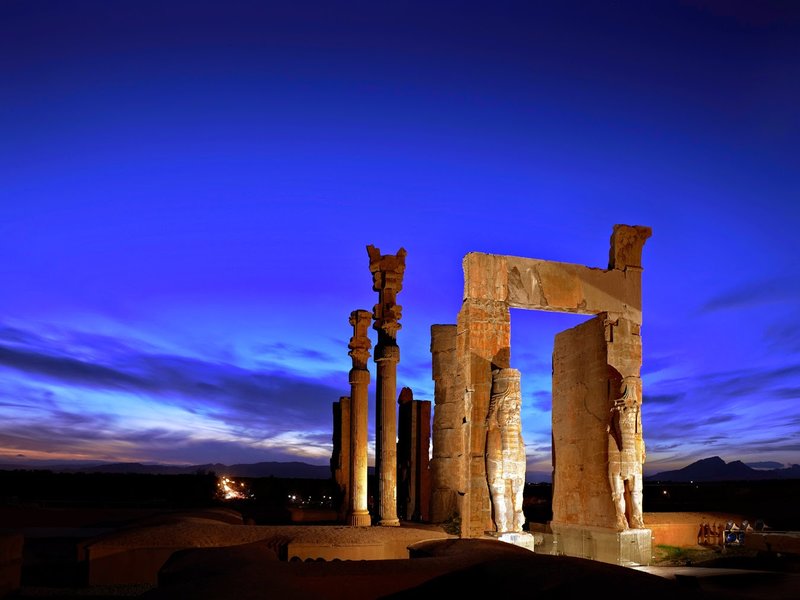 The two guard sphinx, with the head of the human on the cow body.

Walking in the Nasirolmolk mosque would be like tiptoeing in the lovemaking of light and colorful glass. Just try it and enter the most astonishing mosque ever. The mosque is famous for its exquisite colored tiling and wonderful stained glass of the winter prayer hall. Such a pity that you can take any picture of you in thisrainb0w light, but go with all eyes. 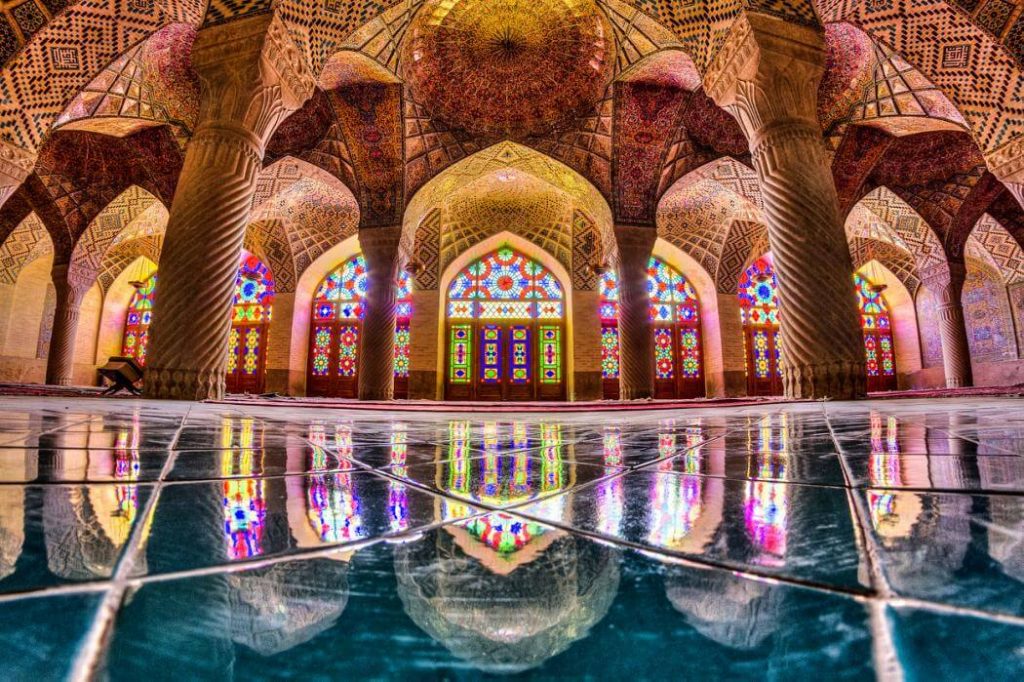 Nasirolmolk or pink mosque in Shiraz.

Ghavam orangery or Narenjestan_E Ghavam is a historic house with a great garden famous for its orange blossom odor in spring. The Ghavam complex was built in the 19th century during the Qajar period. The link will get you to the garden, passing by orange trees in a Persian garden, you will reach the big traditional house, decorated with ” Gol o Morgh” paintings and colorful windows. Enjoy it. 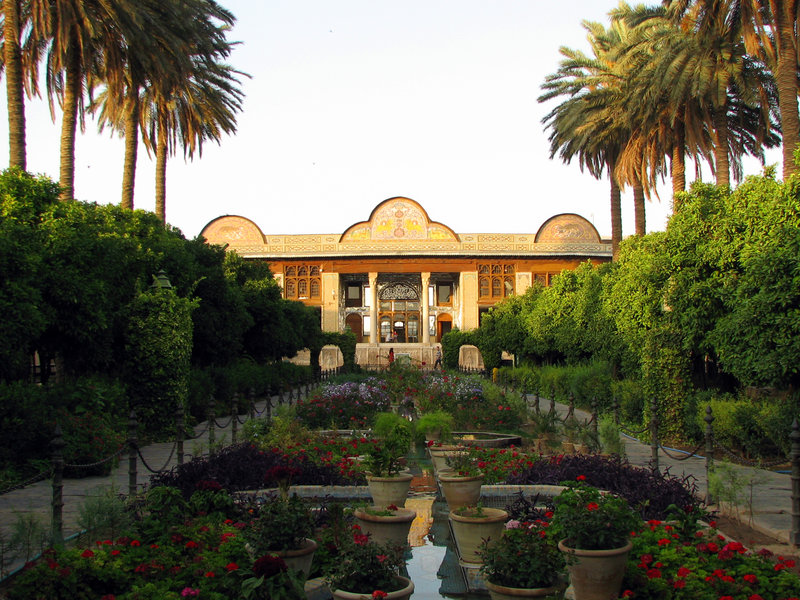 Ghavam orangery also known as Narenjestan_E Ghavam is a good example of the Persian garden.

The citadel of Karimkhan or Arg_e Karimkhan, as its name suggests, was built during the reign of Karim Khan Zand, a king who considered himself not only the king but also the people’s advocate, and made many improvements in the city of Shiraz, the capital of his reign. The advocate of people was no exception from being jaloused to Shah Abbas for his royal complex (Naghshe Jahan square) and has built the citadel to have such a great complex.  Arg was used to be the main residential palace of Karim Khan-e-Zand and his dynasty in Shiraz. 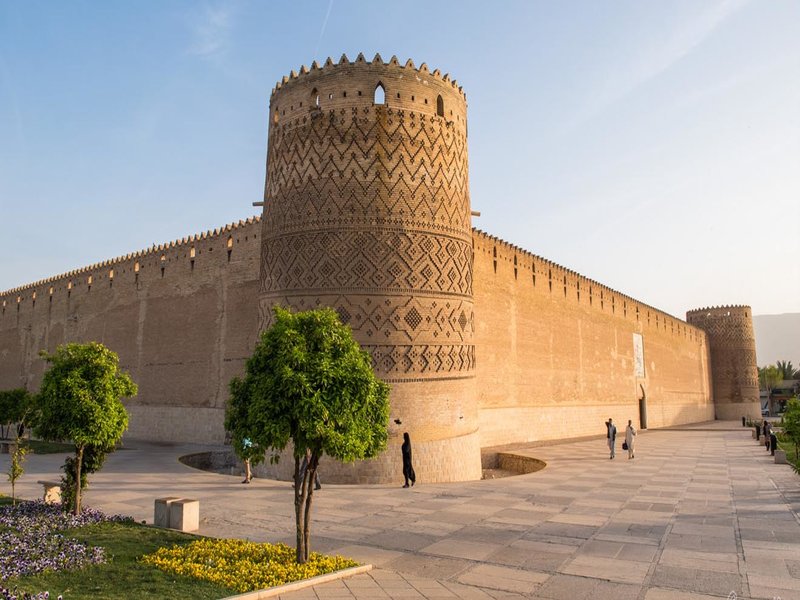 The citadel of Karimkhan dates back to the Zandieh era.

Took a long trip? Need a refresh? well, how about drifting in Vakil bath. The first click takes you to the main hall or Sarbineh. where people used to meet and greet, drink tea and start taking off clothes and little by little get ready for the formalities of the long bath. This historic bath, as the namesake Bazar and complex, belong to the Safavid era. 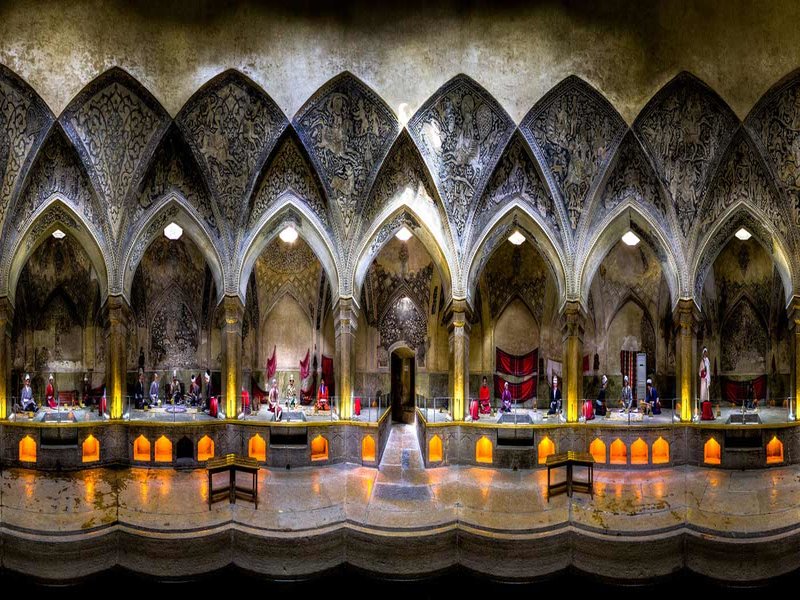 Vakil bath was used as a public Hamam in the Zandieh period. 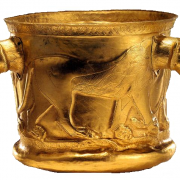 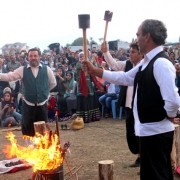 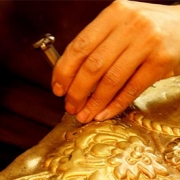 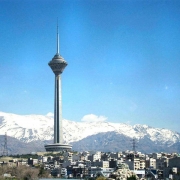 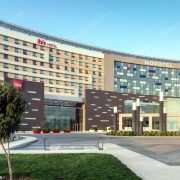 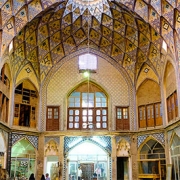 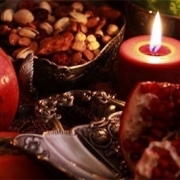