While the U.S. announces re-imposing sanctions on Iran, London pays no attention to the hostile policies of the U.S. and welcomes tourism cooperation with Iran at WTM, 2018.

The World Travel Market (WTM) is the leading global event for the travel industry and it took place in London 5 to 7 of November, 2018. Approximately, 51000 visitors encompassing senior travel industry professionals, international press, and government ministers were present there to negotiate and discover the latest developments in tourism industry.

Several Iranian tour operators also took part in WTM and promoted Iran as a great destination for all nations around the world. 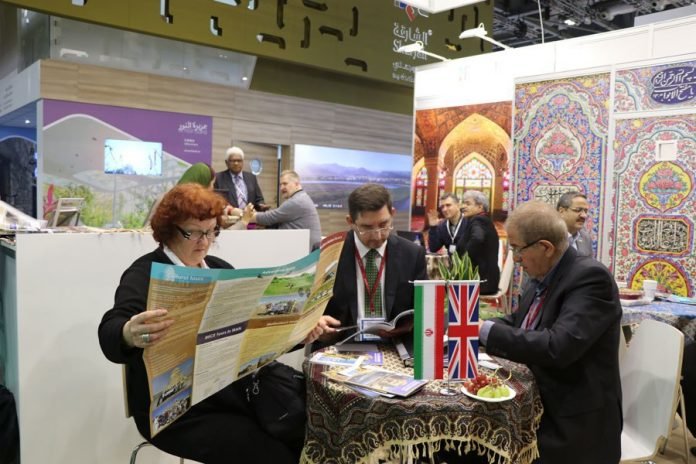 Mohammad Ali Vaghefi- managing director at Iran Doostan Tours Company (IDT) and senior vice president and co-founder at Iranian Tour Operators- as one of the Iranian participants at WTM declared that the exhibition atmosphere was not affected by the announcement of re-imposing sanctions on Iran and there were no negative reactions against Iran. Fortunately, American and English tour operators had new requests for more cooperation in travel and tourism industry with Iran. He continued he supposed Iran tourism to be less welcomed at WTM as a result of the American hostile announcement against Iran. However, it did not happen and some visitors mentioned they did not care about Trump’s policies. Fortunately, the total attitude toward travel to Iran was positive and promising, though it cannot be ignored that some people would lose the chance of traveling to Iran because of their job condition. Mr. Vaghefi also mentioned that low cost of traveling to Iran _resulted from currency fluctuations_ and diversity of cultural and natural attractions are considered as competitive advantage for Iran.

Head of Iranian Tour Operators Association Ebrahim Pourfaraj had a positive assessment of WTM too. He felt hopeful Iran would overcome the tourism market decline in near future.

Travel Risk Map 2019: Iran is a safe destination to travel
Scroll to top