You are here: Home1 / Iran Travel Blog2 / Iranian Metalwork Is Splendid Souvenir for Travelers to Iran

Iran as a vast ancient country has enjoyed a great variety of cultures and ethnicities during its long checkered history. That is why it is so rich in handicrafts as the mirror of different nations’ lifestyles and beliefs. Among diverse Iranian handicrafts, metalwork is perhaps the best documented. In fact, one can see the glorious history of Iran on the surface of the metal. Moreover, Iranian metalwork is a splendid souvenir for travelers to Iran.

Metalwork has been a distinguished Iranian art throughout Iran’s old history, especially in the Islamic period. The exact date of pre-Islam Iranian metalwork is not clear, but the bronze metalwork found in Luristan shows outstanding Iranian skill and artistry in the 1st millennium B.C. Some metalwork contemporary to Iron Age II has been found at Marlik and Hasanlu too. 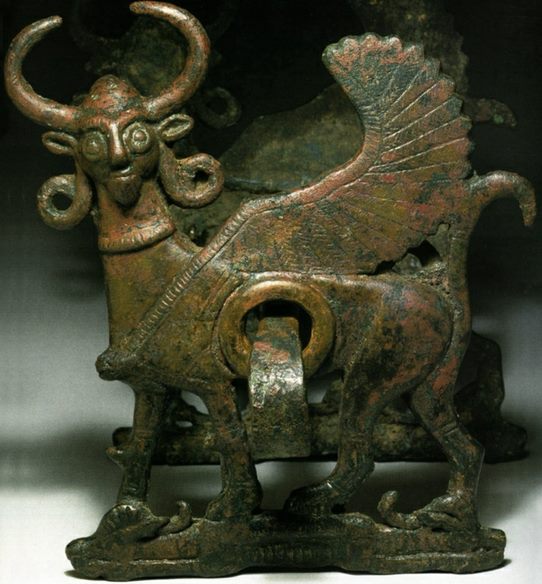 From the Achaemenid period, outstanding jewelry and metal work in unique Persian style has been discovered among those, the rhytons are the most noteworthy. This period can be considered the golden age of metalworking, because the different methods, such as hammering, molding, and inlaying with gems were used by the craftsmen.

During the Sassanid period, metalwork flourished and exceeded the Persia borders. Sassanid engraved silver plates and bowls showing the kings, fights, and feasts, often partially gilded have survived. After the advent of Islam, the Sassanid metalwork style was still followed by the artists. Its design mainly consisted of the royal hunt. 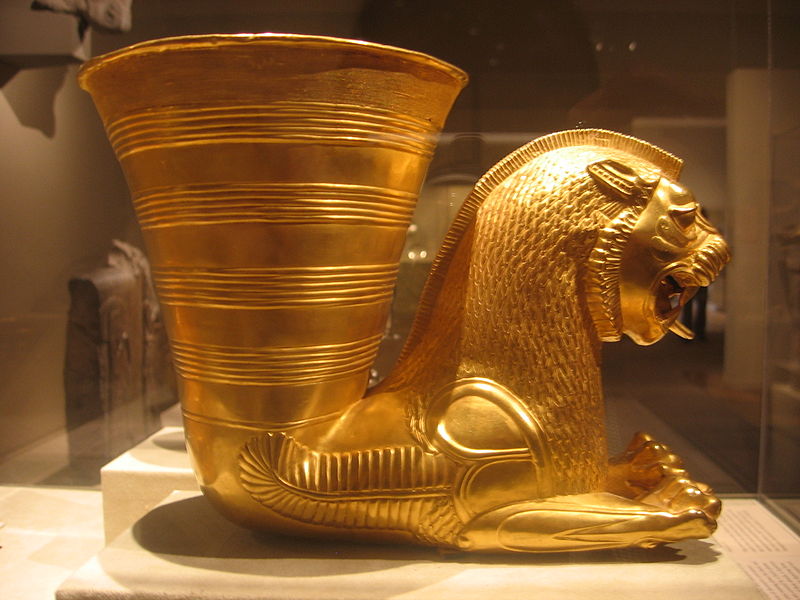 In the Samanid period, cheaper materials like copper were used in innovative manners. In the 12th century, the astrolabe made in Isfahan gained a reputation in Iran and other countries. Some belongings of the upper class found from that time consist of enameled or gilded gold or silver weaponry, belt, boxes, and utensils.

During the 10th and 11th centuries, copper alloy (bronze and brass) highly ornamented metal works became popular and came into practice. The designs were the continuation of Sassanid patterns but were usually surrounded by geometrical and calligraphic shapes. In the Seljuk era, metalworks were decorated with precious metal inlays. In the 14th century, artists made gold and silver patterns on cheaper metal materials.

During the Safavid dynasty, metalwork experienced a gradual decline, still, both luxurious and cheaper metalwork was created in masterful ways. Red, black, and green inlays replaced silver and gold ones. Instead, gold and silver were used, for example, for the doors of shrines of the Shi’ite religion. The best swords were made in Iran at that time. Many of the jewelry made at that time and after that can be visited in Jewelry Museum in Tehran. 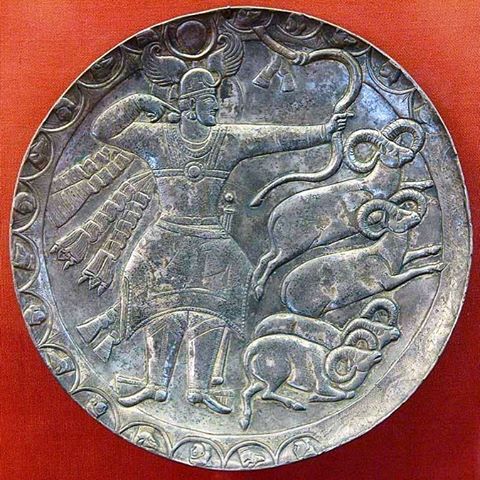 In the Qajar dynasty, European art had a strong influence on Iranian art, and metalwork was not an exception. At that time, painted enameled ornaments, often in the shape of flowers, were used on metal.

Iranian metalwork is divided into some categories. The two most famous are called Minakari and Qalamzani. 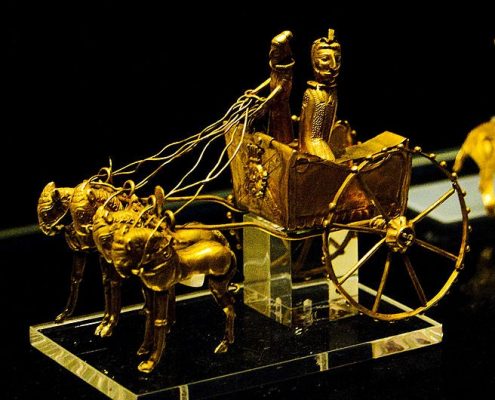 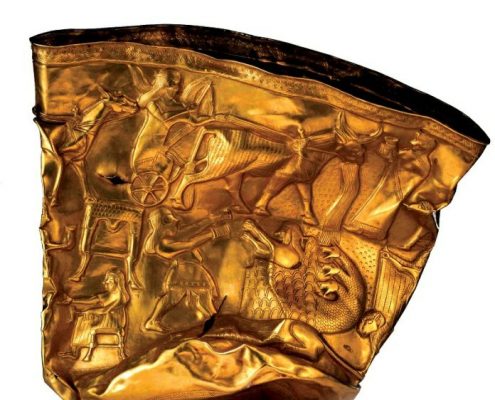 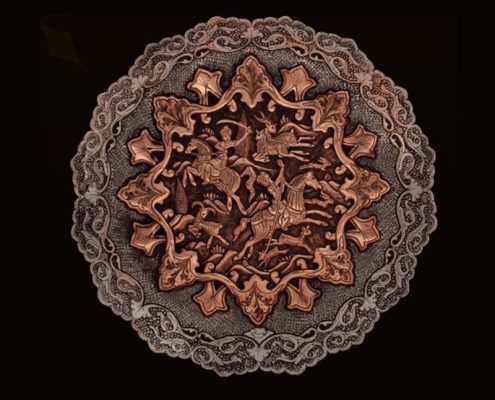 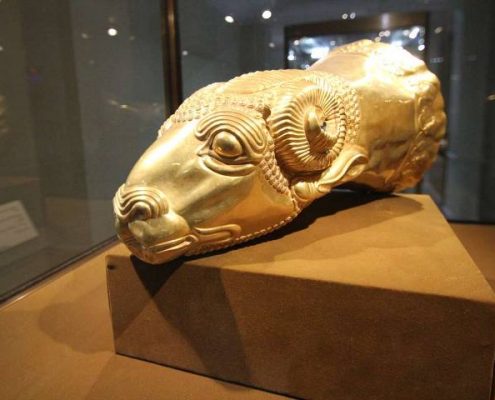 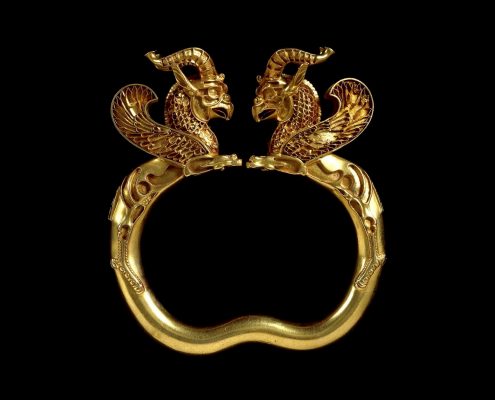 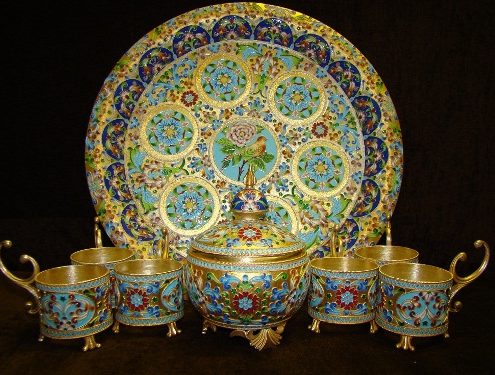