If you are traveling to Iran on the last days of Iranian year, you will see Chahrshanbe Suri an ancient celebration on the sunset of last Tuesday of the year. It is a fire jumping festival and one of the most favorite celebrations among Iranian people. Bushes and firewood are piled in the streets and on roofs and the celebration starts by starting the fire. People gather by the fire, jump over it, and they say to the fire “Give me your beautiful red color and take back my sickly pallor!”

It is widely believed that Chaharshanbe Suri is a Zoroastrian celebration, which is not entirely true. The way people celebrate it today has changed a lot after the invasion of Arabs. Iranians originally were followers of Zoroaster and they believed water, fire, soil, and air are sacred because they are the four main elements of nature. Among these four, fire has the most blessings within it because it is purifying and it never gets polluted. Because fire is highly respected among Zoroastrians they never set fire in the streets and do not jump over it.

Many different traditions are followed on this night in different cities of Iran. Jumping over the fire and buying a special mix of sweet and sour nuts is done in almost every city of Iran. It’s believed that eating these nuts on Chaharshanbe Suri will make your wish come true. One of the fun activities is done after fire jumping on this night and is similar to Trick or Treat of the Halloween night. Men and women cover their faces to not be recognized and go to their neighbor’s door making noise by hitting on a bowl with a spoon to notify the house members. When the house members hear the noise, one of them come to the door, get the bowl fills it with Ash (Persian soup) or candy and brings it back to the person. The trick is not to be known by the house member. It is known as Ghashogh Zani in all cities. 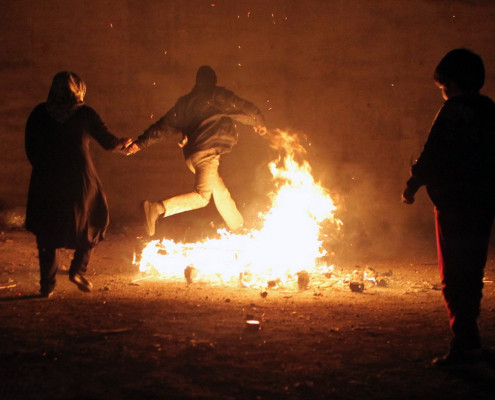 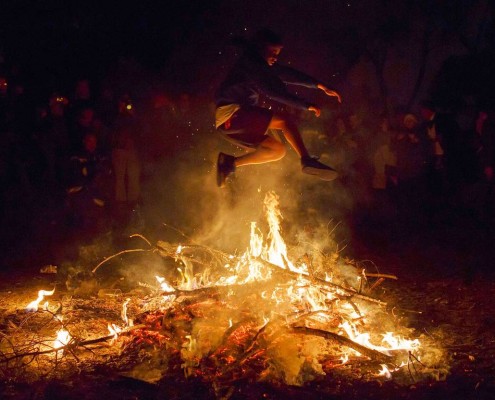 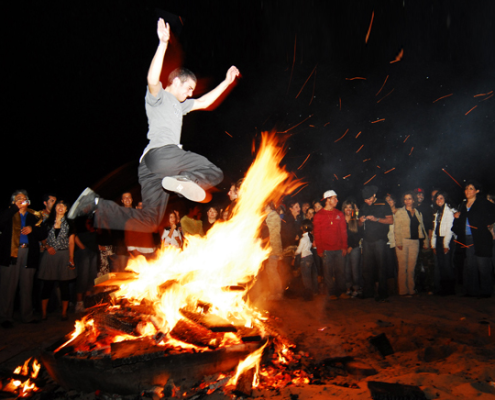 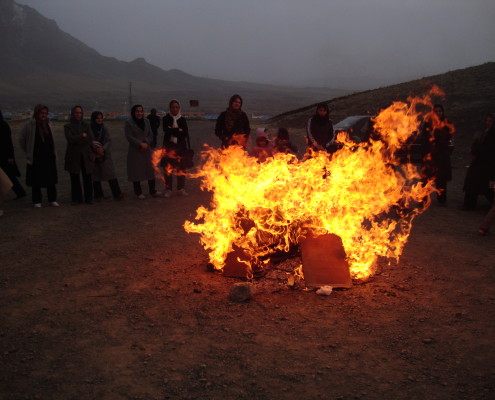 In Tehran people drop a jug that was never used during the year from the roof of their house which is the symbol of destroying all the bad lucks and misfortunes that were stuck in the jug during the year. Unmarried girls eavesdrop outside their neighbors doors as a deviation on their marriage. What the girl hears will determine whether she is going to marry a nice man pretty soon or not. This tradition is less followed today or the girls do it for fun only.

In Isfahan jumping over fire, dropping a jug from the roof, and eavesdropping by the girls are the common customaries on Chaharshanbe suri night. There is a belief that if a person who is experiencing an unfortunate situation must tie a corner of a handkerchief or any other piece of textile and stand on a way. She or he will ask from the very first person that appears on the way to open the tie and this is how the bad situation will pass and that person will find the solution for their complex condition.

In Shiraz people believe if they bathe in a qanat (traditional water system) that originates from tomb of Sa’adi on the eve of last Wednesday of the year they won’t get sick on the future year. The young girls go to the holy shrine of Shah-e Cheragh to pray for a blissful future and a good marriage. Eavesdropping is done by Shirazi girls as well. Of course reading Hafez on the last Tuesday night of the year is a custom that won’t be forgotten by Shirazi people. Any celebration is an excuse to pay tribute to this great Persian poet.

One of the interesting traditions done in Tabriz is that on Wednesday morning family members jump over springs and creeks three to seven times for a healthy new year. In this city people jump over the fire on Tuesday evening and the girls go eavesdropping in the neighborhood as well. Wives buy new mirror, comb, and a sweep. Some people believe at the New Year the waters get renewed as well, so they break all the old jugs and fill new jugs by the new water to splash it in their rooms and make tea for prosperous year ahead. Interesting! 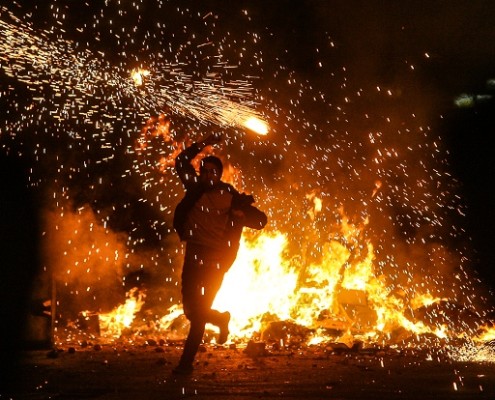 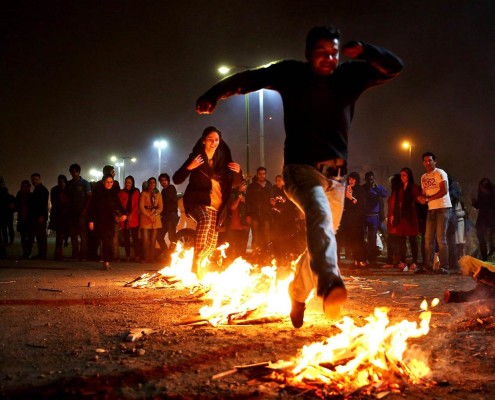 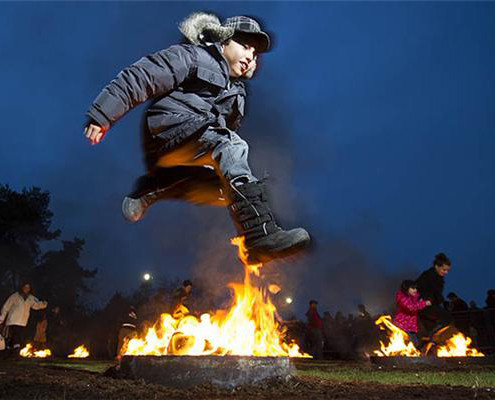 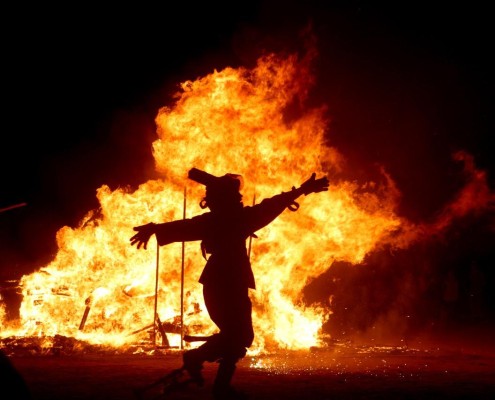 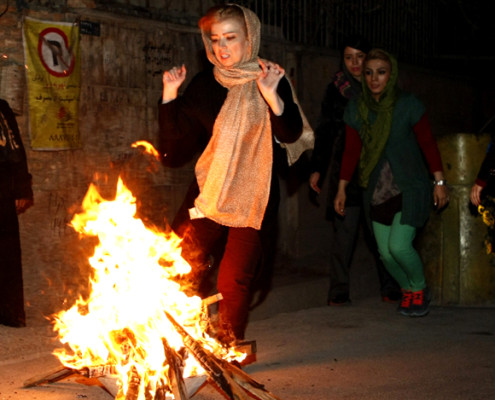