The ancient territory of Iran, including also current Afganistan, Kazakhstan, Turkmenistan, Uzbekistan, and Tajikistan, has preserved one single celebration among all, through 3000 years and from 3 catastrophic invasions: Nowruz eve. The Nowruz is all about Refreshment and Resurrection in sync with nature. What actually saved Iranian hope and living sense during history. What seemed so necessary after the eventful year of 1398. Our wise ancestors used to celebrate the beginning of spring with 7 items, Known as Haft-seen: Sib (apple) as a sign of health, Sabzeh (sprout) granted for the symbol of rebirth, Sir (garlic) symbolizes medicine, Sekkeh (coin) for wealth, Serkeh(vinegar) symbolizes the patience and Samanoo (the special Persian pudding) recalling of affluence, including also #Stay_home_to_Save_lives this year. On account of the Coronavirus outbreak, Some of us have been home-quarantined for months and some of us have worked twice as hard. let’s see what big changes these microscopic particles made in Iran during Nowruz:

1_ Facetimish visits, technology came to save traditions this time!

Giving big parties, and inviting every friend and relative is an inseparable ceremonial of Nowruz. Visiting, greeting and giving little gifts (called Eydi in local language) really matters to Iranians because this way we can make sure everyone is happy and feels good at the begging of the new year.  Iranians have been doing this as a tribal therapy to take mental care of each other, particularly those who may have had a hard time during the past year. But this year, an uninvited guest changes everything! Many people have done their parties online and used their 100 GB free internet credit that the minister of information and communications technology offered to them.

Coronavirus has closed many offices and shops, so many people have been doing their jobs as he outsources or utterly stopped working, the treating staff on other hand have had long work hours, and worked while all risk factors were ready for them! More than 350 treat staff lost their lives from the begging of 2020 in Iran. Different groups of people, from a high school soccer team in the village to the richest businessmen, dedicated some financial gifts and also facilities for treat staff. Some hotels such as Morvarid hotel in Orumiyeh were at the disposal of all hospital personnel in the Nowruz holiday. The government has dedicated 200 billion tomans budget to compensate the services of medical staff, nurses and health personnel in the fight against Coronavirus. Some service providers announced that they will provide the hospital’s personal life facilities and welfare services free of charge. And the artists tried to appreciate the efforts of these people by making works of art. 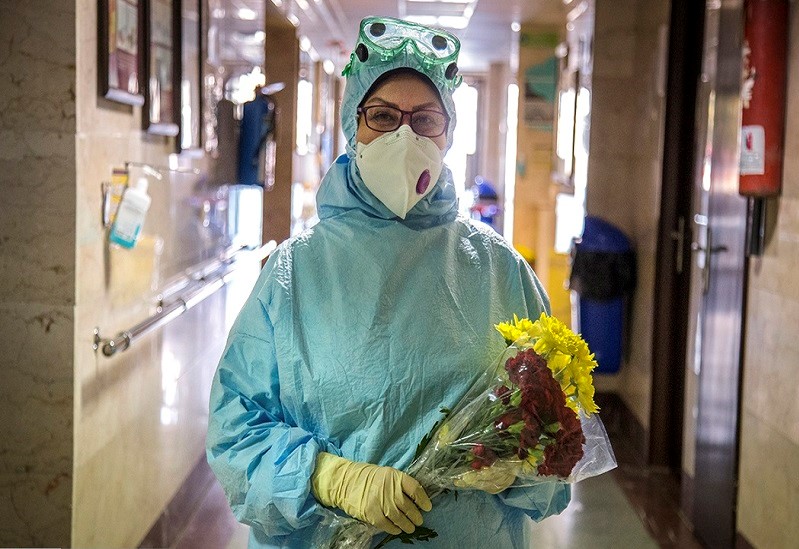 The treating staff have had long work hours, and worked in a high-risk environment during Nowruz!

As a result of months of quarantine with strict laws, public places became impressively empty of humans and no wonder that wildlife got close to the urban area. In the last few weeks, many cases of wolves and fox seen in residential areas on the outskirts of the city have been reported to the environment protection agency. Some birds species were barely seen near mountains and springs far from the city years ago took advantage of this silence and came back to the streets. Although changes in nature in recent months and the animals accede to cities have not yet had a devastating effect, the question of what changes the ecosystem will bring without the active presence of humans is still in question. 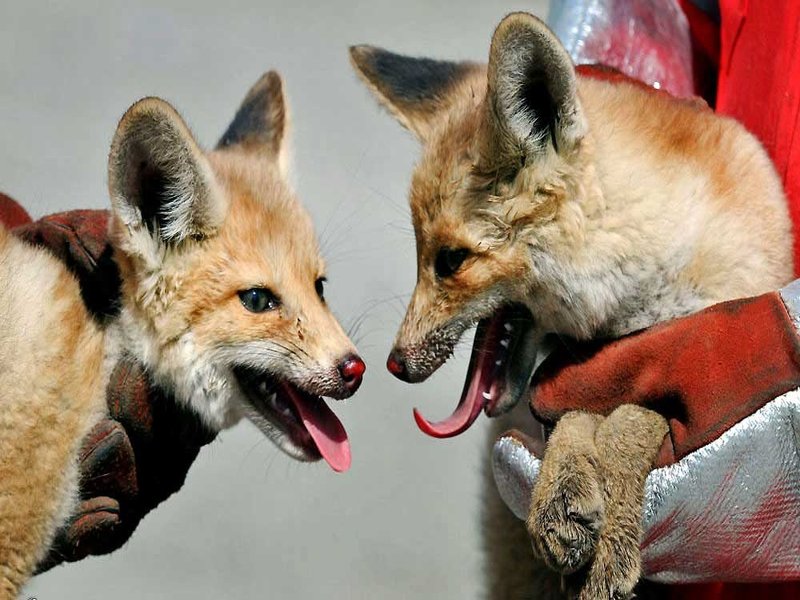 Two little foxes in the arms of firefighters in Mashhad.

The week before new years eve, Some local bazaars were set up In every corner of Iran. People could easily buy their spring decorating flowers such as Tulips, Hyacinth and lily, and some homemade cookies and nuts to get prepared for the big eve. Many people tried baking cookies for the first time this year. Obviously Many seasonal jobs were suspended due to the disease, and many financial losses were incurred. 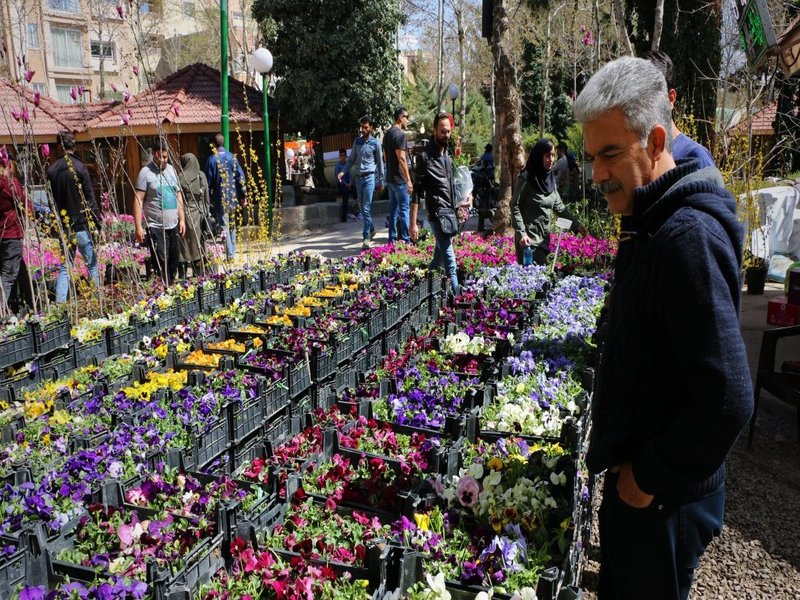 The 13th of Farvardin (second day of April), is named” Sizdah be Dar” or ” the national day of nature”. On this day staying home is FORBIDDEN based on Persian public believes! People go to nature, put their Gold-fish and sprout of Haft_seen in flowing water to be back to nature. Youth and single people secretly start “Knotting the greenery”. They weave of knot some green and strong plants. If it wasn’t opened until the end of the day, it means that they will get the love of their life during the year. Families play a lot of outdoor games while the Ash(the Persian noodle soup) is on fire. See? there is no way to hold it indoor you believe? But the paradoxical “Indoor Sizadah Bedar” happened this year. The government announced that any kind of vehicle traffic is going to be illegal on this day, People held it in the yard instead of plains and mountains in smaller groups. And youth knotted their own newly planted sprouts at home! Well, I hope their soulmate will be enough mature after being found! 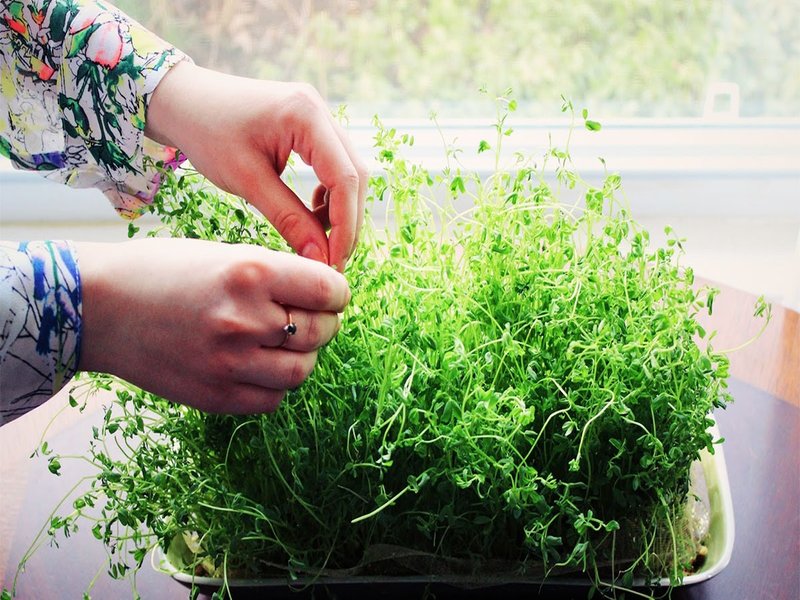 Iranians Knotted their greenery at home this year.

By virtue of Schools closings, The National Television devoted a few hours a day to air interesting and engaging programs with school lessons content. Some of the high-rank educational sites, such as Faradars made their online courses free for everyone. The past years, 15 days of Nowruz was a long holiday and a chance to travel. This year we stayed home and improved our abilities. Although people were abandoned from their spring holiday travels, many other entertaining ways became open for them. Suchlike Opportunity for virtual visits to museums provided by the Cultural Heritage, Handicrafts and Tourism Organization of Iran, Online spring concerts, and theaters which have been reserved from weeks ago, and The experts of any field sharing their knowledge for free on Instagram lives.