Millions of Muslims in Iran and around the world have marked the beginning of the holy month of Ramadan. Fasting is aimed at reminding the faithful of the plight of the poor, and a major incentive for Muslims to engage in charitable activities. In addition to taking special care to avoid certain sins mentioned in the Quran, Muslims must abstain from food or drink of any kind during the daylight hours of Ramadan. Non-Muslim, too, will be expected to respect and adhere to the local culture in many Islamic countries and should be aware to follow certain rules and regulations. However, some travelers and non-Muslim tourists still wish to visit a Muslim majority country during this important religious festival. During Ramadan, quotidian life is completely transformed and visitors to these regions are in for a serious and exciting culinary treat! Depending on the country you are in, there will be a whole array of festivities and events centered on the time of breaking fast, known as Iftar. Iran Doostan tours proposed some cities in Iran for traveling during Ramadan. The report also includes some of the traditional cuisines served in the mentioned cities. Food can reveal some of its rich and varied regional identities. Here we go:

Home to the Holy Shrine of Imam Reza (A.S), Mashhad is the most important religious city in Iran and several Iranians and Muslims travel to the city during the holy month of Ramadan. Sheshlik Kebab, Shole Mashhadi, and Dizi are some of the renowned dishes served in Mashhad during the month of Ramadan. 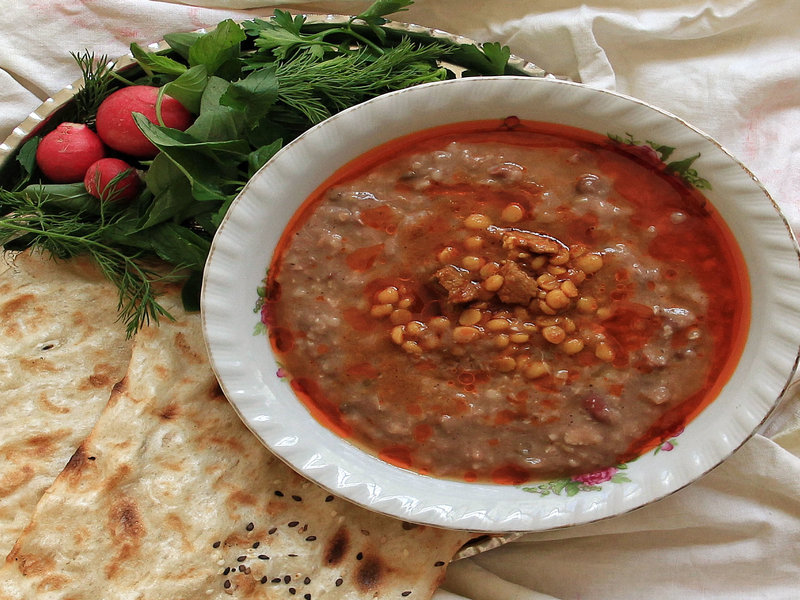 Sholeh, the meat and wheat stew.

Baq-e Eram or Eram Garden is one of the crowded places during Ramadan in Shiraz. The traditional coffee houses around the place serve Iftar during Ramadan. On the eve of Ramadan, the ninth month of the Islamic calendar during which Muslims fast, Shah Cheragh shrine was cleaned and dusted due to an old tradition to get prepared for the pilgrims during the holy month. Aash-e Sabzi, Aash-e Karde, and Kalam Polo, as well as Tare Halva in Shiraz, are also amongst the favorite cuisines served during the holy month of Ramadan in Shiraz. 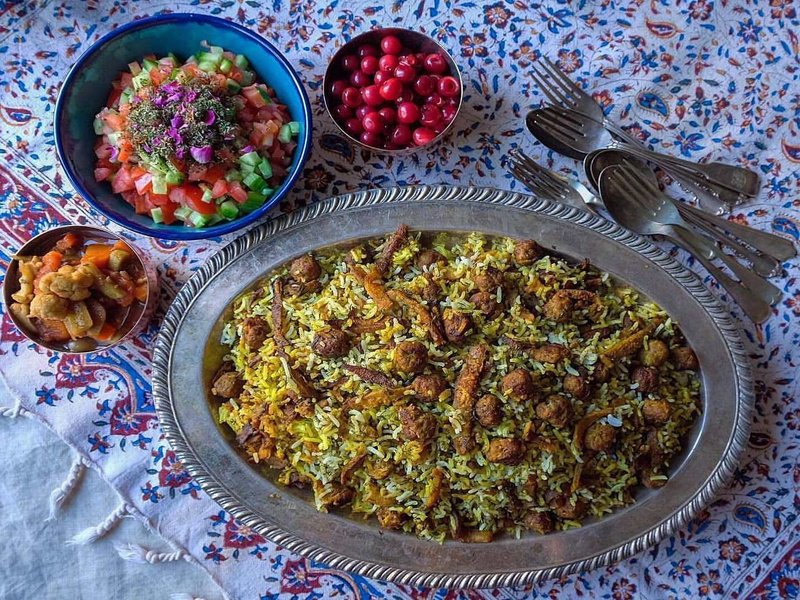 Break your fast on Zayanderud riverside in Isfahan

Most people in Isfahan break their fast with their families by going for a picnic near Zayanderud River. Halim made of lentils and milk, Mast Stew, Beryuni, Halim Bademjan, and Shole-Qalamkar are traditional Isfahani cuisines served during Ramadan in Isfahan’s restaurants. 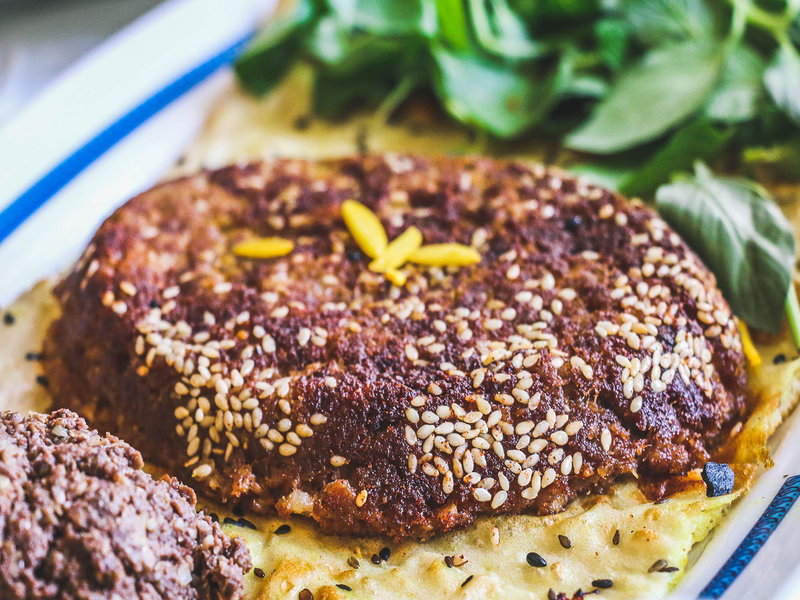 Beryuni, made of baked mutton & lungs.

Imamzadeh Seyyed Hamzeh in Tabriz and El-Golu Park is a popular hangout during the Ramadan month in Tabriz. Imamzadeh Seyyed Hamzeh is one of the religious centers in the city and people flock into it during the holy month of Ramadan. Aash-e Shir is one of the cuisines served during Iftar in Tabriz. Other traditional cuisines of Tabriz include Kufteh, Dolmeh, Aash-e Abghureh, and colorful jams, which are served at the city’s restaurants. 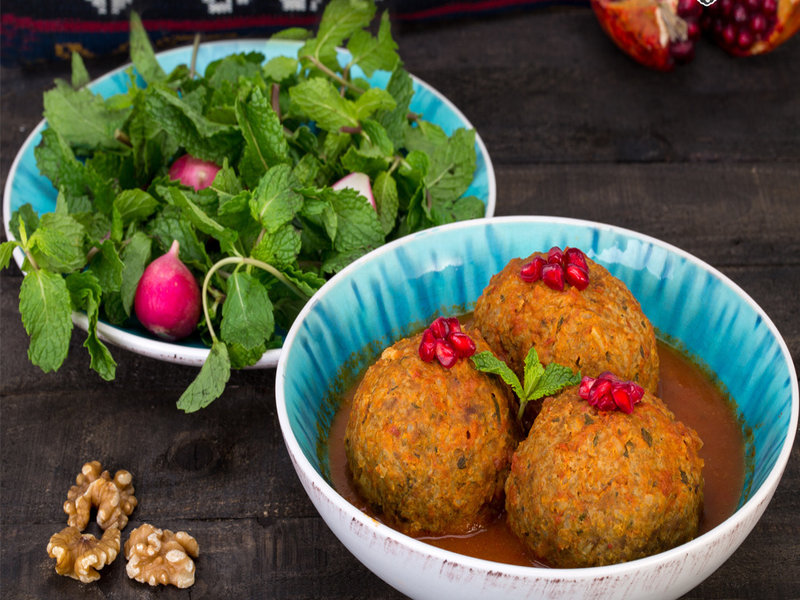 Grandma’s Aash in Rasht, a good appetizer for Ramadan.

If you decide to travel to Guilan Province during Ramadan, do not forget the traditional neighborhood of the city: Chellehkhaneh. There is a famous cooking center there named Grandma Aash, which serves Aash with locally grown vegetables. There is also a famous sweet named Reshteh-Khoshkar, which is made of fried rice paste and served in confectionaries and restaurants throughout the city. 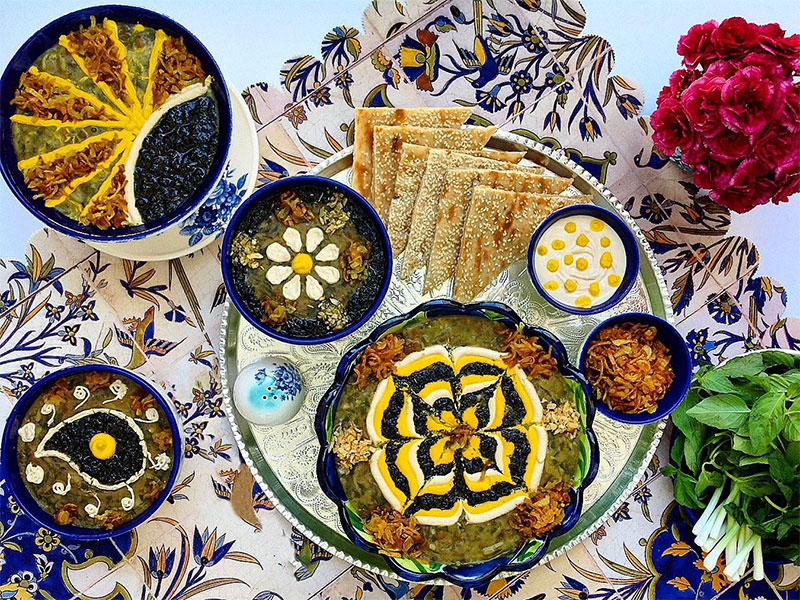 Ash Reshteh: A kind of Iranian thick soup which is a lifesaver in cold winter days.

There are several tourist sites in this city that amazes visitors. However, don’t forget to eat Obey Zakan Halim during your sojourn in this historic city. Sholeh- Zard, Aash-e Dough, Ashe- Reshteh, Shir Berenj, kheer, and Ranging are some of the alternative cuisines served during the holy month of Ramadan in Qazvin. 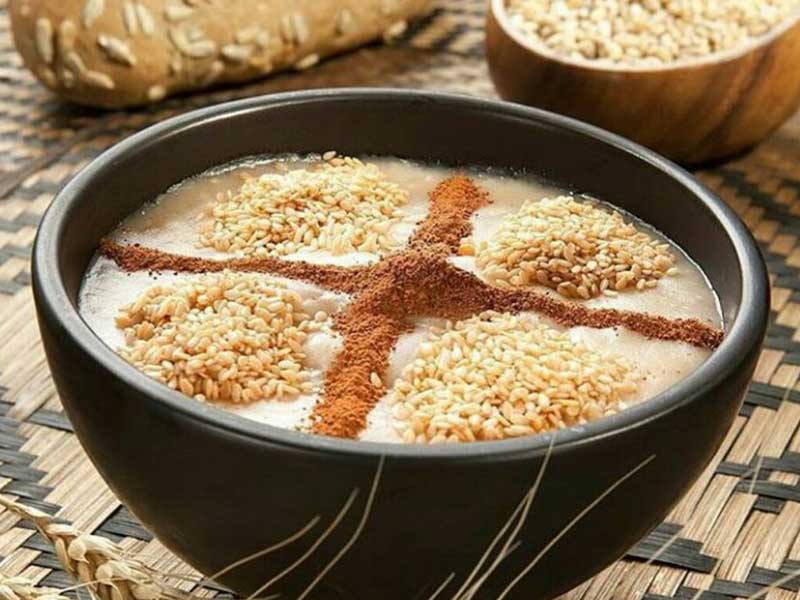 Halim of Qazvin, is a soft nutritious food for breaking fast.