Rio, a Spell Breaker for Iran

You are here: Home / Iran news / Rio, a Spell Breaker for Iran

Rio, a Spell Breaker for Iran

Rio Summer Olympics came to an end and like all other Olympics it was full of great moments. For the past two weeks at Rio we saw tears of joy or sadness, doping scandals, ‘hero runner’, proposal by the pool, empty seats, pool turning green, no flowers during medal ceremonies because it was a “Green Games for a Blue Planet” Olympic, we heard big lies, and we saw lack of fairness in judgment!

Rio Olympics did not end with a heavy bag of medals for Iran but it was a different kind of Olympic, in a very good way. The proud moments started before the games; the great honor to see Leila Rajabi, Iran’s strongest woman who improved national shot put record by three meters (wow!), performs at Rio.

Iran scored poorly compare to London Olympics, dropping from 17th in the world to 25th, but spells were broken at Rio.

Iran has received all its Olympics medals from single athletes and never enjoyed seeing the victory of a team but this year hopes were raised when the Volleyball team made it to the great event. No one expected a gold, just seeing the team come up from its group was a dream come true.

Another spell breaker was Mojtaba Abedini gaining the fourth world level in fencing. He is the first ever Iranian fencer who made it to the quarterfinals.

Alireza Faghani was the first Asian referee to officiate the final of a Men’s Olympic Football Tournament. Reza Sokhandan and Mohammadreza Mansouri assisted him during the match.

And the best is yet to come!

Kimia Alizadeh Zenoorin the eighteen year old Taekwondo athlete made history by becoming the youngest Iranian athlete and the first Iranian woman ever to win an Olympic medal. Kimia’s bronze medal shines brighter than any gold medal in Iran’s sport history. Her talent, hard work, and passion proved that there are no limits to achieve victory.

Then came the moment that fair judgment slipped out of Olympics criteria and weightlifting referees on the jury did not accept the successful attempts of Behdad Salimi who raised 245kg above his head not once but twice, perfectly!

After showing three white lights on Behdad’s second attempt “the jury” said no claiming his arm was not straight, when it was impossible for Behdad to have a straighter arm. Absurd! People know better than judges that the true spirit of Olympics is about fairness rather than triumph. Behdad is the strongest man in the world by holding the record of 216kg in snatch.

The great effort of all athletes who make it to Olympics to compete with a sense of fellowship is the purest sense of this great event. Seeing refugees being able to compete at Rio under the Olympic flag highlighted the spirit of fellowship more than ever.

We would like to express our sincere gratitude to all athletes of Iran and congratulate the medalists: 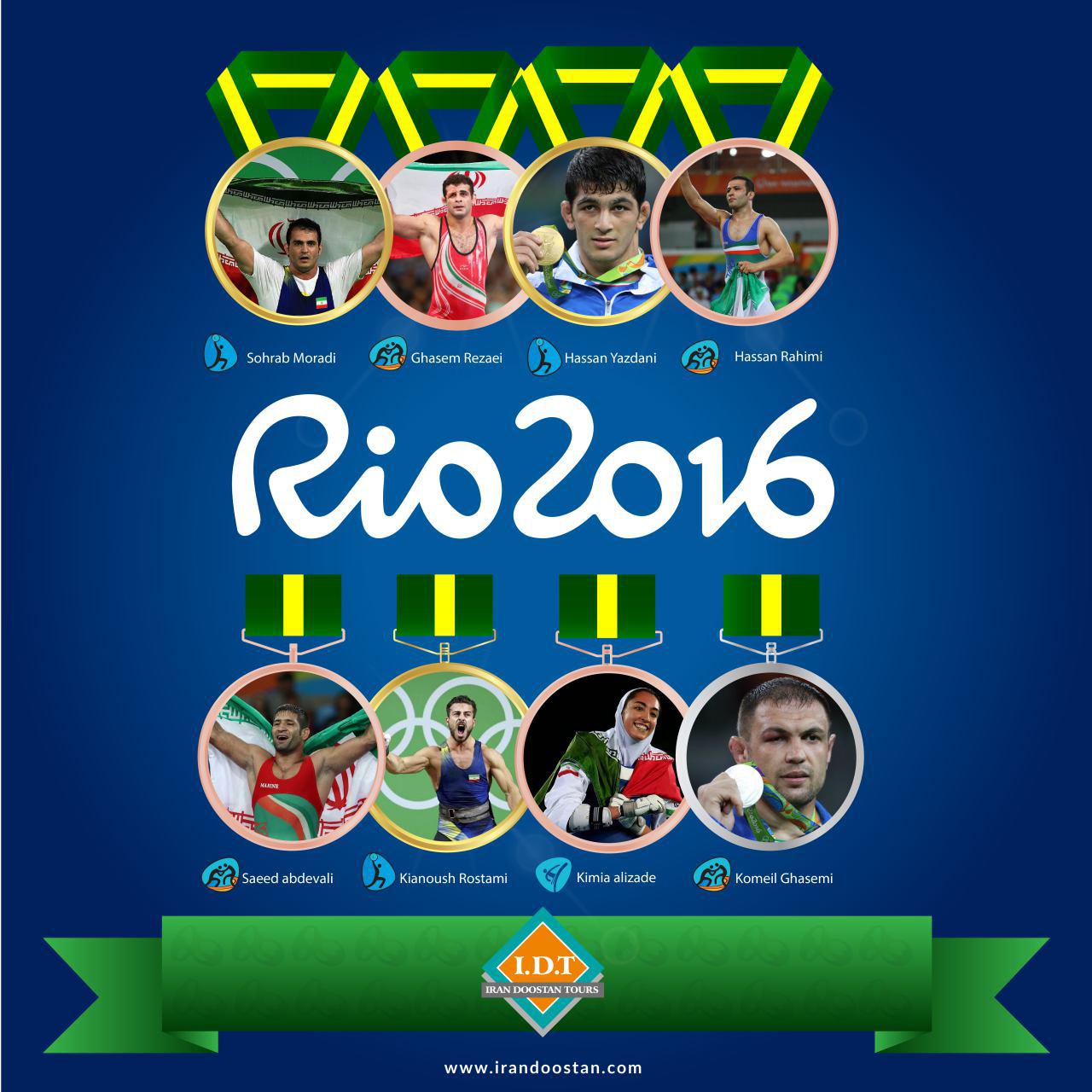